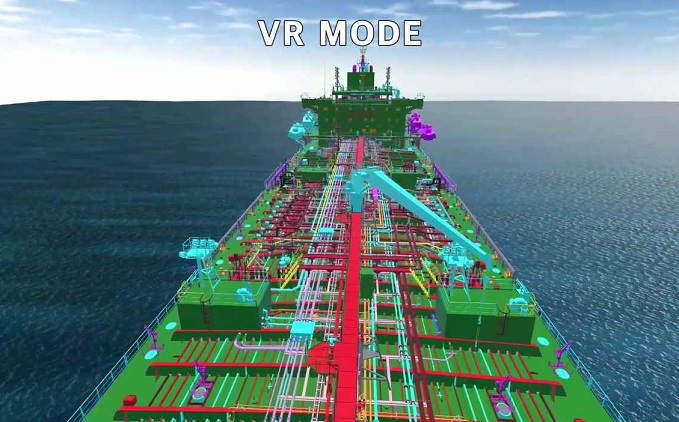 The new system uses VR technology to create a virtual site that shows the pre-construction process starting from the stage of design. (image: Busan IT Industry Promotion Agency)

SEOUL, Dec. 24 (Korea Bizwire) — TOADS, a local tech startup that participated in the region’s software service commercialization support project, received a Ministerial Award in the competition hosted by the Ministry of Science and ICT, the Busan IT Industry Promotion Agency said Wednesday.

The company has developed and is preparing to commercialize a virtual reality (VR)-based ship and offshore structure pre-construction inspection system TOADS Marine that operates on a remote and multilateral basis.

The new system uses VR technology to create a virtual site that shows the pre-construction process starting from the stage of design.

It is designed to minimize losses that could arise from design changes, as well as to prevent any possible errors that could happen during the pre-construction process.

Related parties, including the manager of ship production and quality, the inspector of classification society and the supervisor of the shipowner can participate in the VR site on a remote basis.

The system enables them to inspect the pre-construction process, including the arrangement of materials at work sites, thereby contributing to improving overall productivity.

TOADS was named as one of beneficiaries of the Tech Incubator Program for Startups. By attracting new investment and leveraging R&D support funds, it plans to expand the scope of its business towards construction and industrial plants.