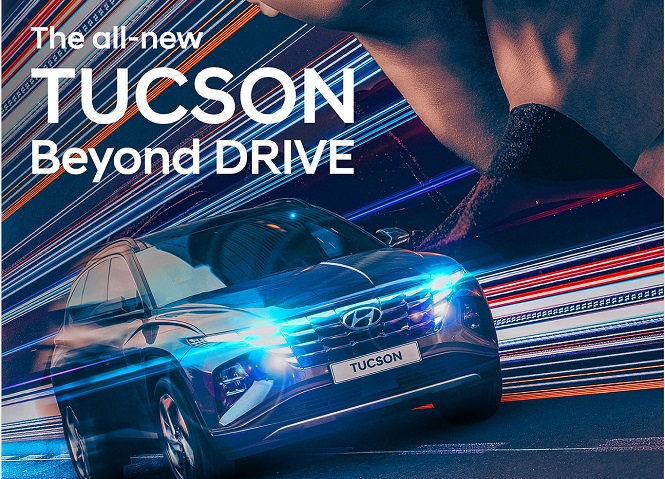 This photo provided by SM Entertainment shows a poster of a virtual showcase combining an online concert and a new car launching event.

Hyundai will announce the launching of its new compact SUV, the all-new Tucson, during the showcase, which will also feature various genres of performances and acting against the backdrop of the sea, space, Lilliput and a forest, with Kai, a member of K-pop boy band EXO, taking the leading role.

It tells the story of a protagonist who leads a normal life as a publishing company employee after abandoning his childhood dream and finds his true self by traveling in space in pursuit of a mysterious light after meeting Tucson.

A musical-like performance will be shown based on stage technologies that combine storytelling elements with augmented reality (AR) and extended reality, while the all-new Tucson embodied with AR technology flies over the stage, they said, adding contemporary dancer Kim Seol-jin, world-renowned Gamberz Crew’s Bboy Kill and choreographer Baek Koo-young have participated in the planning of the showcase.

“Beyond DRIVE, created as a result of the meeting of different industries, is a new method of car launching communications that differ from the conventional events focused on the delivery of information,” said a Hyundai official.