Soon after the release, the new beer’s trademark was cited for being too similar to the Fit’s chewing gum sold by Lotte in Japan. (image: Yonhap)

SEOUL, May 26 (Korea Bizwire) – Lotte’s new beer brand has stirred debate with some claiming it copied the name of a chewing gum sold by the conglomerate’s Japan unit, industry sources said Thursday.

The controversy is seen as throwing cold water on the launch of the product that targets the low to mid-end market.

Soon after the release, the new beer’s trademark was cited for being too similar to the Fit’s chewing gum sold by Lotte in Japan.

“While Lotte says the Fitz Super Clear was picked from an in-house naming contest, given the circumstances, it seems as though they copied Lotte Japan’s chewing gum,” an industry source said, declining to be identified. 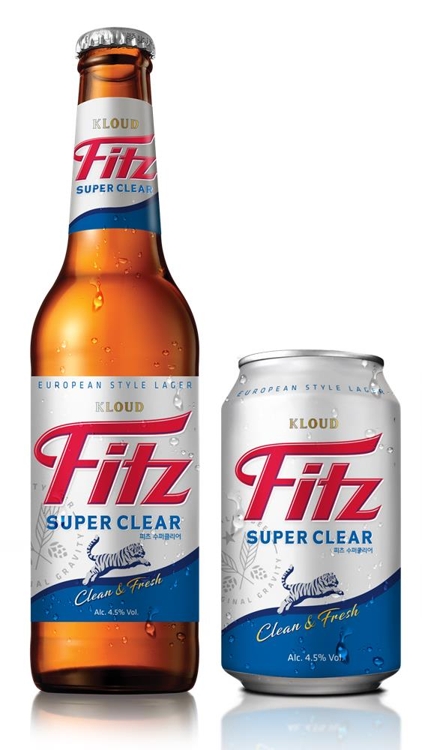 Branded as “ID Gums” in Korea, the Fit’s chewing gums became an instant hit in Japan with initial sales reaching over 20 million packs within the first month of its release in 2009.

A Lotte spokesperson denied the plagiarism speculation, saying it was groundless.

It has incorporated what the company calls the “original gravity method,” also used in the Kloud production, in which no water is added in the brewing process to keep the strong beer flavor similar to imported European beers that are popular among local consumers.

Lotte said it is aiming for 700 billion won (US$625.7 million) in annual sales for Fitz this year. The beverage company is due to open its second beer production line in July, for which it has spent 700 billion won to secure an annual production capacity of 200,000 kiloliters of Fitz.