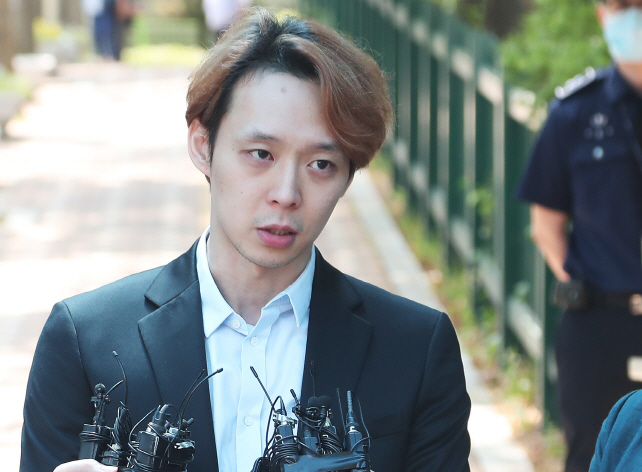 Park Yoo-chun, an actor and former member of boy band JYJ, leaves a detention center in Suwon, south of Seoul, on July 2, 2019. (Yonhap)

SEOUL, April 18 (Korea Bizwire) — K-pop star Park Yoo-chun appears to be preparing to resume his show business career, in defiance of a retirement pledge he made last year amid a drug scandal.

In a message on his Instagram account Thursday, the former JYJ member announced a plan to officially open a website for fans, called Blue Cielo, next week, apparently taking one step toward resuming his entertainment career.

“Park Yoo-chun’s official fan site, Blue Cielo, is scheduled to open at 6 p.m. on Monday. We ask for your high expectations and love,” the Instagram post said.

The singer and actor has been largely out of the public eye since he was sentenced last July to a 10-month prison term, suspended for two years, on drug charges.

The drug scandal, also involving his former fiance, a scion of a large dairy company, rocked the entertainment industry.

Initially, he vehemently denied the drug allegation in a press conference in April, saying, “(The allegation) is something that contradicts my whole life, even going beyond the matter of quitting my career and retiring.”

Despite his contention of innocence, C-JeS Entertainment expelled him the same month after police filed a warrant for his arrest, and Park announced his official retirement from show business.

Despite the pledge, however, Park hosted a fan meeting event in Bangkok, in January, raising the ire of fans at home and abroad.

Last month, he began to accelerate efforts to return to the entertainment industry, launching a new Instagram account.

He has since announced the publication of special photo book, “Someday,” and an autograph signing event with fans, both set for June.

His potential resumption of his career, however is likely to stir controversy among K-pop fans and the broader public in the country where tight work ethics and codes of conduct are required for TV stars and celebrities.