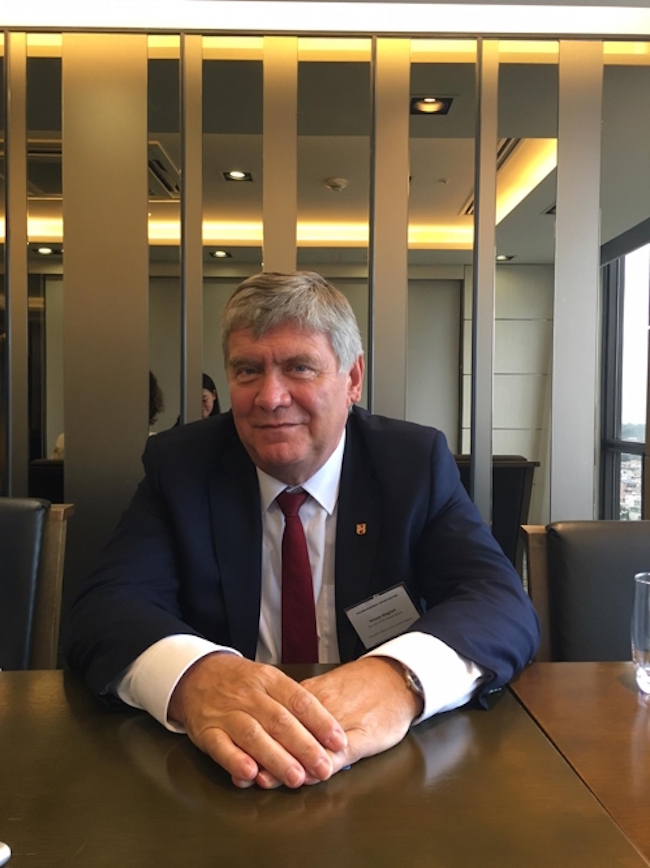 The governor of Poland’s Lodzkie Region on Thursday called on South Korean electronics and automobile companies to invest in the province which is rich in skilled workers and is a major transportation hub in Europe. (Image: Yonhap)

SEOUL, Aug. 24 (Korea Bizwire) — The governor of Poland’s Lodzkie Region on Thursday called on South Korean electronics and automobile companies to invest in the province which is rich in skilled workers and is a major transportation hub in Europe.

Gov. Witold Stepien is visiting Seoul along with business executives from nine Polish companies to promote the investment opportunities for the central region, which includes the country’s third-largest city of Lodz.

“The Lodzkie Region is located at the very center of Poland which has easy access to the Baltic and Adriatic Seas. It’s also at the center of Europe and a main transportation point connecting to major European ports and cities like Hamburg, Berlin, Warsaw and Moscow,” the governor told Yonhap News Agency.

“I have expectations that electronic goods makers like Samsumg and LG, which are already well known in the Polish market, could come and invest. We could also provide opportunities for ship makers since there’s already a developed industry for yachts and ships in our region, along with many skilled laborers,” Stepien said.

Technology-based investment by automobile companies like Hyundai Motor or Kia Motors would also be very much welcomed, he also noted.

“Many universities in the region could facilitate research partnerships while there are other benefits like European assistance funds or tax benefits,” the governor said.

Regarding the issue, he said, “There will be no illegal workers or abnormal employment systems in practice, I can guarantee that,” he said.