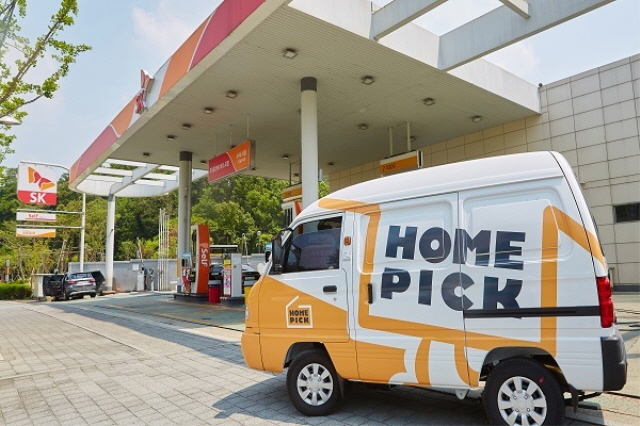 SEOUL, Oct. 22 (Korea Bizwire) — South Korea’s gas stations are teaming up with courier service operators to utilize their facilities as logistics hubs as they bring a new wave in the local delivery industry.

Hyundai Oilbank Co., a major refiner in South Korea, earlier this month signed a strategic partnership with Coupang Inc., the nation’s No. 1 e-commerce company, on setting up a gas station-based logistics system.

Under the deal, Hyundai Oilbank gas stations will provide space to Coupang, who will use that space to better facilitate its signature “Rocket Delivery” service that offers delivery within 24 hours.

“We’ll first test the system in Seoul and its adjacent areas before we expand to nationwide,” said Seol Jung-hoon, a Hyundai Oilbank spokesman. “We believe it can be a win-win system for both sides.”

Collected parcels at gas stations are then delivered to their final locations by major logistics firms like Hanjin Transportation Co. and CJ Logistics Co.

The number of gas stations offering space to Homepick can be further expanded as popularity for such service is growing, according to the two refiners.

As of last month, Homepick received a daily average of 40,000 orders, quadruple what it handled in January.

“It’s a place where delivery vehicles can easily access,” Kim said. “In fact, lots of gas stations already have storage space where they store gifts for drivers, so there’s not much work to set up extra facilities.”

“Most of our customers live in big cities,” said Kim Se-min, a Coupang spokesman.

“Even though we have our own logistics centers, gas stations are located closer to downtown, so it can improve efficiency and save time in deliveries.”

For gas station operators, partnership with couriers is one of their efforts to generate revenue beyond their mainstay car fueling business as competition gets fierce in the industry.

While couriers lease the idle space, gas stations in return collect rental fees. Though they don’t make a lot of money, gas station operators said it’s still better than nothing.

“Some 150 gas stations shut down every year due to low profitability. It has become a must for gas stations to do businesses outside gas pumps.” 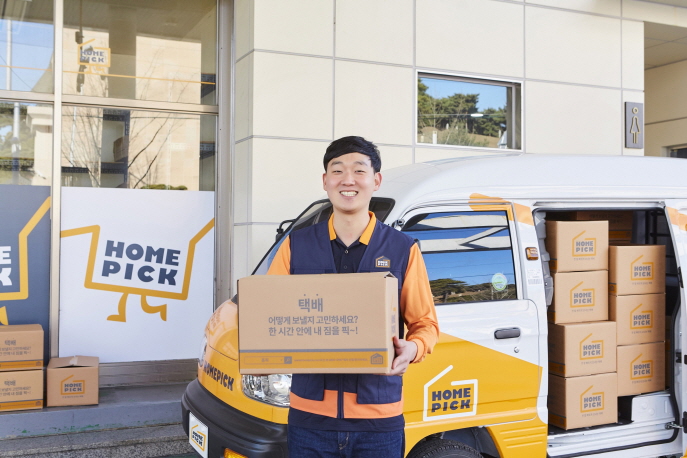 A Homepick deliveryman holding a box at a gas station in Seoul. (image: SK Innovation Co.)

Making money is not the only reason that gas stations and couriers decided to join hands.

Already, such systems are welcomed by deliverymen, who now have their own rest area at gas stations.

“Most deliverymen took a rest inside delivery vehicles, but not anymore,” said Jung Min-jin, who serves as a deliveryman, or “picker,” for Hompick service in southern Seoul.

“Having such space means a lot. We can classify parcels easily, and it’s also safe here.”

Major logistics firms also welcome the emergence of gas station-based delivery systems, saying that it enlarges the pie of the industry.

“As more people feel comfortable using couriers services, that means more goods will be traded and delivered, so it’s good for us too.”

Refiners claimed gas station-based logistics systems are also a good example of coexistence and collaboration in the industry.

“We believe this is an exemplary business model in which large conglomerates share their infrastructure with startups,” said an official at SK Innovation Co., the holding company of SK Energy.

“It also shows that companies can join hands for sustainable growth of the industry.”

One thought on “Gas Stations in S. Korea Becoming Logistics Hubs for Couriers”