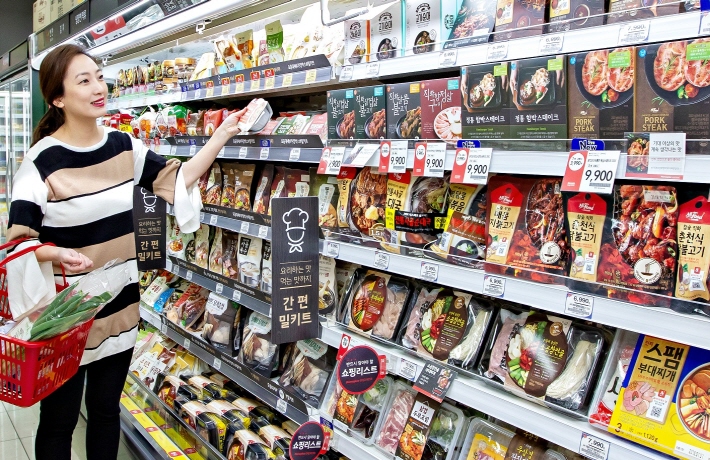 The ready-to-eat items, often referred to as home meal replacement (HMR) products here, have become increasingly popular, mainly on the back of the increased number of single-member households. (image: Yonhap)

SEOUL, Aug. 25 (Korea Bizwire) — The South Korean market for ready-to-eat products increased 14 percent in 2018 on the back of rising demand from single-member households, seniors and others who seek convenience, data showed Sunday.

The sales of home meal replacements (HMRs) reached 3 trillion won (US$2.47 billion) in 2018, rising from 2.6 trillion won posted a year earlier, according to the annual report released by the Ministry of Food and Drug Safety, as more customers sought hassle-free food items.

The country’s food industry also advanced 5.1 percent over the cited period to reach 78.9 trillion won in total, accounting for 4.4 percent of the country’s combined gross domestic productions for the year, the ministry said.

Demand for milk products, however, fell 6.4 percent on-year in 2018 to reach 2.4 trillion won, apparently on the falling number of newborns.

The production of alcoholic beverages moved up 2.1 percent over the cited period to reach 3.4 trillion won, with the popularity of soju, a local distilled liquor, jumping 13.7 percent.

That of beer, on the other hand, moved down nearly 14 percent, according to the data.