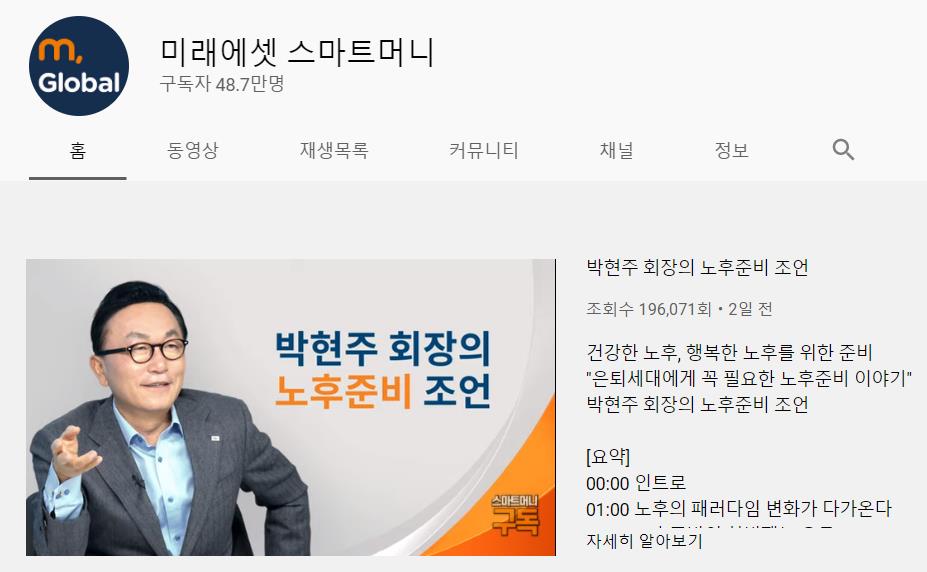 SEOUL, Feb. 15 (Korea Bizwire) — YouTube channels run by South Korean brokerage houses are seeing spikes in the number of subscribers as retail investors are scrambling to collect tips and expertise.

Mirae Asset Smart Money, a YouTube channel run by Mirae Asset Daewoo Co., is gaining attention after company’s Chairman Park Hyun-joo appeared in a video to share his experience and strategy on investment.

The number of subscribers, which stood at approximately 130,000 in January, jumped to 487,000 as of last week after Park’s appearance. 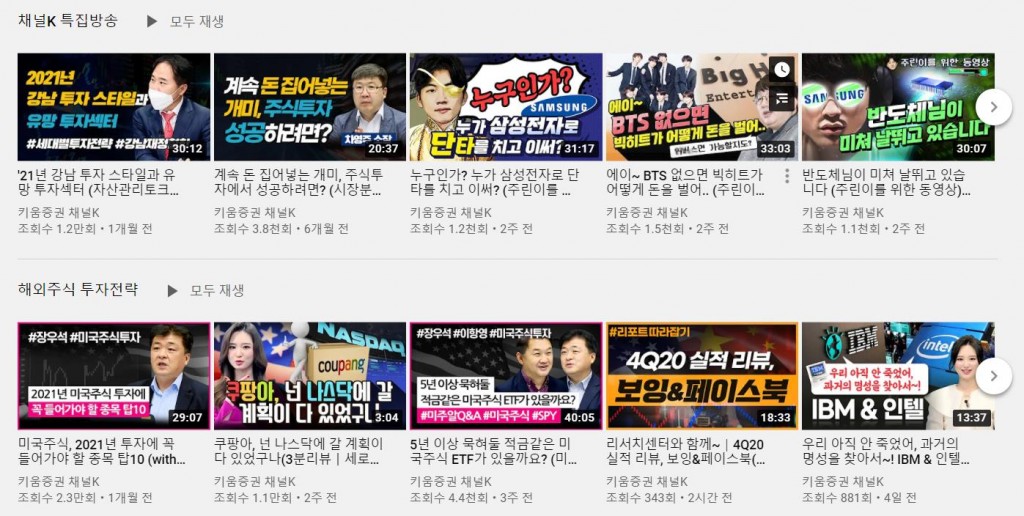 After surpassing the 100,000 hurdle last November, Channel K saw a six-fold growth in the number of subscribers in less than three months.