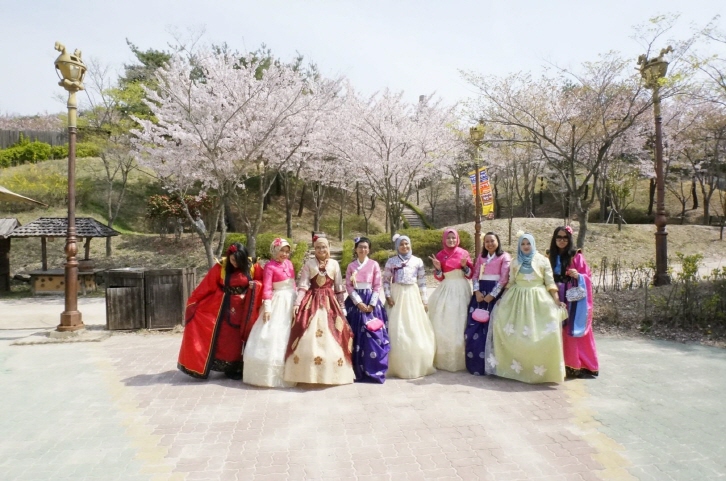 Malaysian journalists pose for a photo during their visit to Gyeongju in April 2016. (image: Korea Tourism Organization)

The Korea Tourism Organization (KTO) said it has developed various programs targeting foreign visitors during April and May, and has been actively promoting them at their overseas branches in Asia and the Middle East, in particular.

Some 15,000 foreigners are expected to visit South Korea via the tour programs, according to the tourism promotion agency.

The programs range from an eight-day luxury trip, costing some 4 million won (US$3,700) per person, to those planning to visit Yeouido district, a popular spot for viewing cherry blossoms in Seoul, it said.

“South Korea’s spring flowers are very competitive as a seasonal tourism product, along with snow, in the Asian and Middle Eastern markets,” a KTO official said.

The tourism promotion agency’s latest move is part of its broader efforts to diversify the country’s tourist portfolio, which has been heavily dependent on Chinese nationals.

The number of foreign tourists to South Korea slipped 22.7 percent last year in the wake of a diplomatic row between Seoul and Beijing over the deployment of a U.S. anti-missile system.