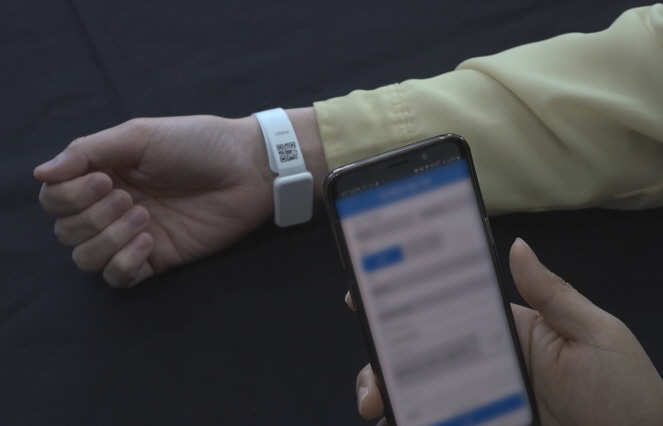 The country inked a deal valued at 980 million won (US$798,000) with Saudi Arabia to sell some 100,000 units of the wristbands, according to the country’s health authorities.

The first batch of 50,000 bands has already been shipped. South Korea is under talks with at least three more countries to export the wristbands, they added.

South Korea has been using electronic wristbands equipped with a location-tracking system on people who violate self-isolation rules since late April. Nearly 50 people have been ordered to wear the bands here.

Amid rising controversies over privacy, the violators in South Korea currently have a choice between wearing the bands or being quarantined at state-designated facilities.

Health authorities said the exports of the wristbands will pave the way for the country to form a deeper connection with the rest of the world to fight the global pandemic that has infected at least 4.8 million around the globe.

Despite a slight uptick in new virus cases due to patients tied to clubs in Seoul’s nightlife district of Itaewon, South Korea is still considered one of the most successful countries in containing the virus pandemic.

The country, which reported its first infection from a Chinese person on Jan. 20, has reported a total of 11,110 COVID-19 cases, with its death toll hitting 263.

South Korea also has been seeking to speed up the exports of biohealth and IT products as the pandemic has clobbered the supply chain, with lockdowns and social-distancing drives hindering business activities around the world.

Outbound shipments of South Korea sank 24 percent in April. Exports of biohealth products, however, shot up 29 percent over the period amid soaring demand for South Korean test kits for COVID-19.