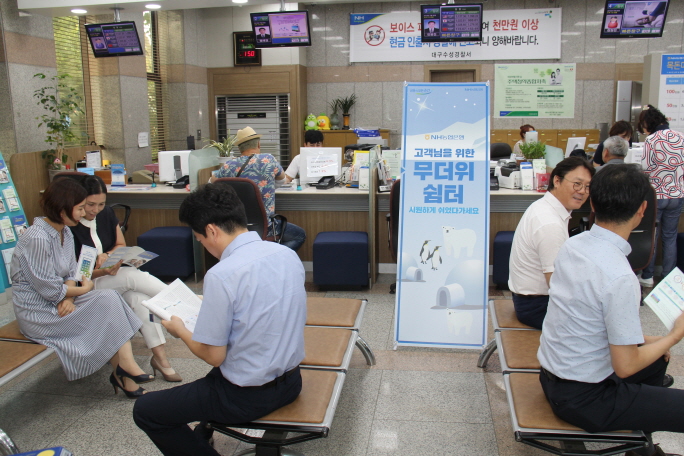 DAEGU, Jul. 31 (Korea Bizwire) — With the current heat wave showing no signs of letting up, some banks have turned their retail branches into “resting areas” for anyone who wants to cool down from the heat.

Nonghyup Bank’s Daegu office said that it would open its regional bank branches to the public until late next month.

During operating hours from 9 a.m. to 4 p.m., the bank will provide customers with water and a cool place to rest.

Song Jun-yeon, the head of the bank’s Daegu office, said that he hopes that the banks would provide a place of cooling comfort and a respite from the scorching heat.

According to the new measure, anyone can stop by for a rest until the end of August.

In addition, the bank has also set up 20 separate rest areas for the general public, depending on the region.

In 2013, Daegu Bank signed an MOU with the city of Daegu, known for its intense summer heat, to operate the rest areas during the hot summer season.