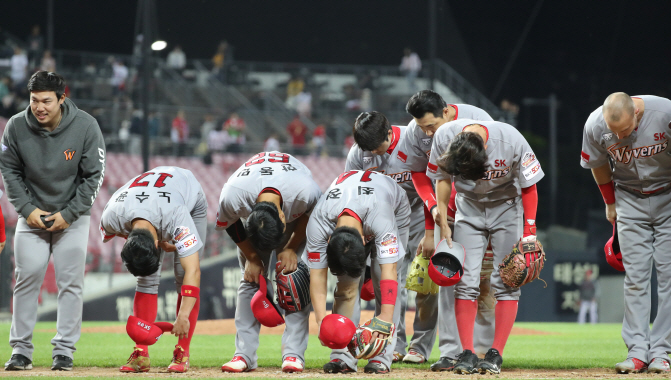 SEOUL, May 15 (Korea Bizwire) — Today is the era where even professional baseball players make the news for signing, or not signing an autograph for a fan.

In South Korea, there are now more than 8 million baseball fans with higher demands for so-called fan services.

The award is given to any player, irrespective of their performance, who is recognized for always looking out for fans.

Participating in various events hosted by the team and going out on television shows and interviews boosts a player’s chances of receiving the CS Champion Award.

The SK Wyverns delivered a special bonus to the team’s submarine pitcher Park Jong-hoon, who was recognized for raising the status of the team’s brand image.

Park received a nickname, a ‘serial signer’, for his unceasing willingness to sign autographs for fans. He is also popular among reporters as a ‘fun guy to do interviews with’.

“The SK Wyverns have always emphasized the importance of fan service since 2007 when we combined the values of sports and entertainment,” said a source familiar with the team.

“We plan to select players every month to deliver the award.”