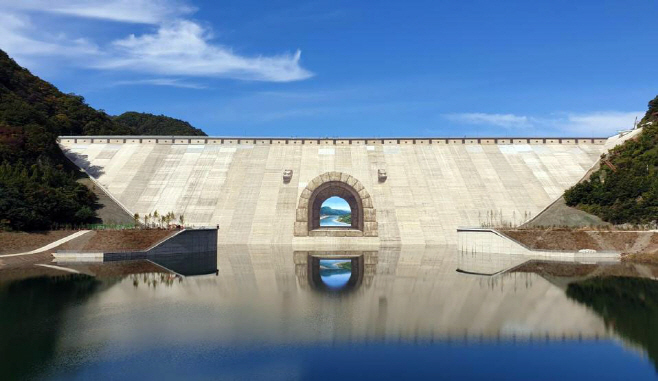 HWACHEON, Nov. 15 (Korea Bizwire) — The Peace Dam, the northernmost dam in South Korea, has become a canvas for one of the world’s largest anamorphic artworks.

The Korea Water Resources Corp. (K-Water) hosted a local event at the Peace Dam in Hwacheon, Gangwon Province to commemorate the completion of a construction project that strengthened the dam’s flood control capabilities.

The project began in 2012 to prevent the dam from overflowing as climate change brought heavier showers to the area.

The slope on the downstream-side of the dam was fortified with concrete to stand against severe flooding upstream on the Bukhan river. 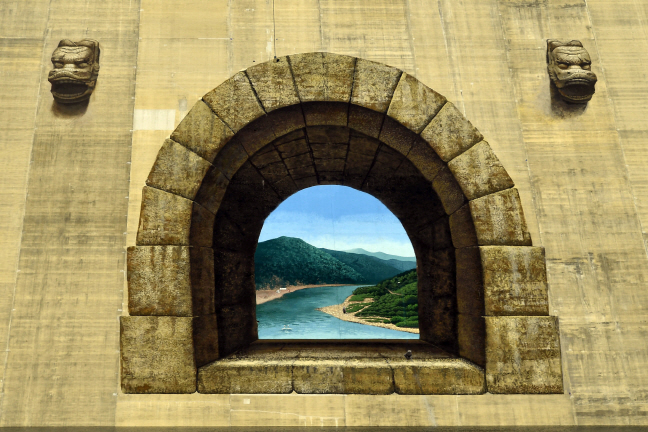 A massive anamorphic work of art was painted on the side of the dam, a piece titled ‘The Gate of Unification’.

Covering an area of 4775.7㎡, this work was listed in the Guinness World Records as the world’s largest anamorphic work.

Camping facilities, skywalks, walkways and other attractions were also built.

K-Water said it expects the Peace Dam “to become a new tourist attraction offering a variety of things to see and enjoy”.