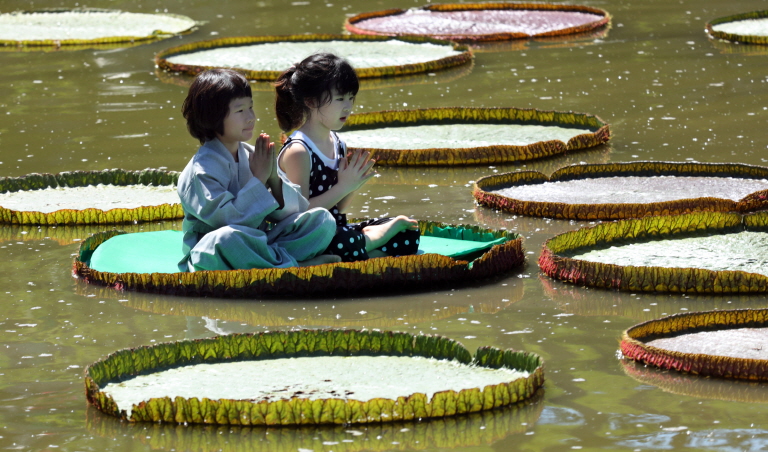 GANGJIN, Jul. 16 (Korea Bizwire) — As the sweltering heat continues to dominate the nation, a cooling scene of two children sitting on a gigantic lotus leaf drew huge crowds at Nammireuk Temple, a Buddhist sanctuary situated in the district of Gangjin-gun, South Jeolla Province.

The water lotus plant known as the Victoria lotus lily (scientific name: Victoria amazonica) is regarded as having some of the largest lotus leaves, so large that the two children sitting on them yesterday seemed as if they were floating in the water.

The plant, known for the circular shape of its leaves that measure between 1 and 2 meters in diameter, is native to South America.

Only blossoming at night, the flowers are of a white hue on the first day of bloom before turning purple the next day. 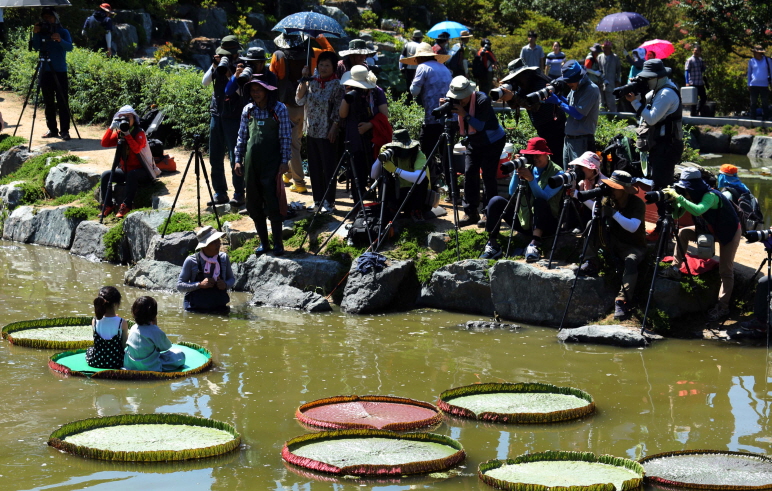 The flowers are known to change colors and have also been dubbed “Queen Victoria” for resembling the monarch’s coronation crown.

Having been founded in 1980, Nammireuk Temple, which spans a total area of 85 hectares, houses over 100 different types of lotus plants from approximately 30 countries.