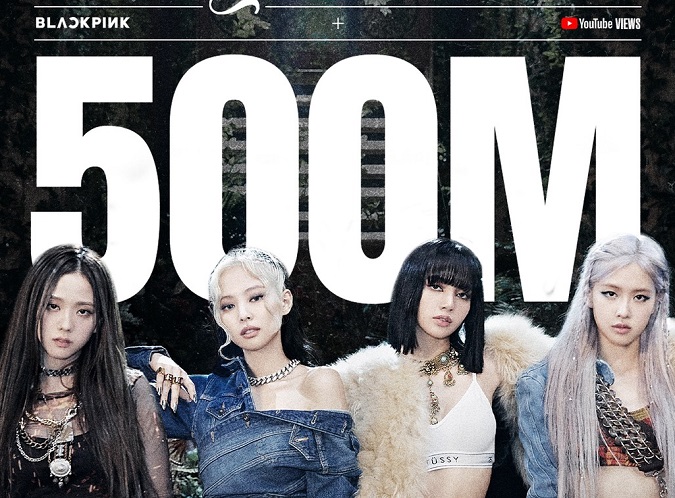 An image of “How You Like That” by BLACKPINK, provided by YG Entertainment on Sept. 8, 2020

The music video surpassed the 500 million mark around 3:50 a.m. Tuesday, 73 days after its release in June, according to BLACKPINK’s management agency, YG Entertainment.

The feat was achieved some 40 days earlier than the previous record of 111 days held by the quartet’s 2019 megahit song “Kill This Love.”

It became the second-fastest K-pop video to reach the 200 million threshold after “How You Like That,” which achieved the milestone in just seven days after its release.

“Ice Cream,” with Selena Gomez as a guest singer, and “How You Like That” are prerelease singles from the band’s inaugural studio album, titled “The Album,” to be released in October.

Last week, the aggregated number of pre-orders for the album reached 800,000 copies, including 530,000 copies in South Korea and 270,000 units from the United States and Europe, according to YG Entertainment, heightening expectations for the potential biggest album debut for a K-pop girl group.