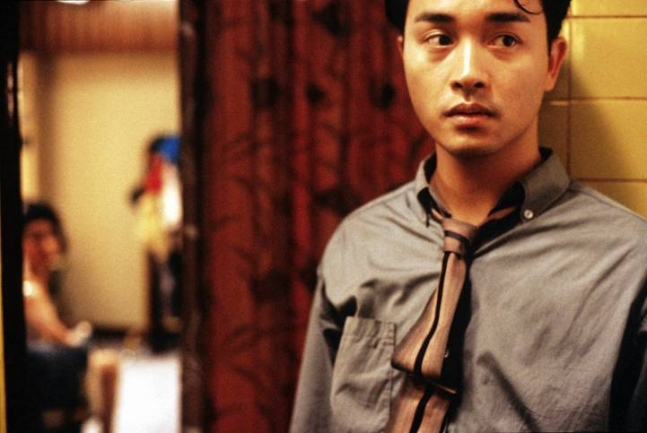 A scene from “Days of Being Wild.” (image: Public Domain)

SEOUL, April 3 (Korea Bizwire) — Amid the COVID-19 outbreak, marketing focusing on classics, or touching upon nostalgia in movies and literature is drawing attention.

South Korean multiplex cinema chains are screening past blockbusters and classics, and these offerings have been well received by consumers so far.

On CJ CGV’s reservation site on April 1, “Days of Being Wild” (1990), a Hong Kong drama film starring late Leslie Cheung, a much-admired singer-actor who died at the age of 46 on April 1, 2003 as if it was an April Fool’s Day prank, came in fourth.

The top four movies in the top 10 list of reservations including “Your Name” (2016), an animation directed by Makoto Shinkai, are all films returning to South Korean theaters.

The scheduled release of new movies in March saw one movie after another postpone the release in the aftermath of the COVID-19 outbreak, forcing movie theaters to continue showing movies released in early February.

Movie theaters have taken to re-release past masterpieces as an alternative, which will fill the void left by a dearth of new release.

There are very few people who visit theaters, but there are many positive reviews about the screening of the old movies.

Meanwhile, the craze for old classics is already flourishing in the field of literature. Especially in the case of novels, a century or two old classics have become best-sellers.

According to the online bookstore Yes24, “The Plague” written by Albert Camus ranked second in monthly sales in March in all areas, including literature.

The third best seller was “Little Women,” which was spread with word of mouth of its movie release. Sixth place was taken by “Demian” by Hermann Hesse.

This phenomenon is interpreted as reflecting the current situation of the COVID-19 crisis.

Analysts say “The Plague” depicts the current crisis that humanity is facing, with the urban landscape reflecting an image of humankind as the plague broke out.