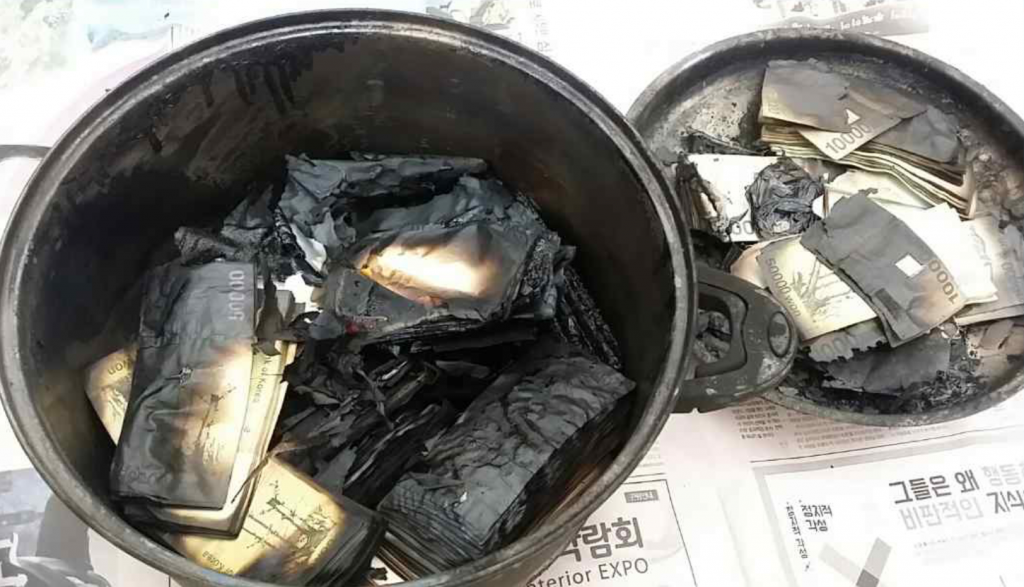 SEOUL, Jan. 18 (Korea Bizwire) – Yes, you can get reimbursed for damaged banknotes, but it depends on the extent of the damage.

The Bank of Korea and other commercial banks in South Korea currently replace damaged banknotes and coins with new bills only if they meet certain criteria.

In 2016, 1.89 billion won ($1.62 million) in damaged banknotes were registered with the Bank of Korea for replacement, with the actual value reimbursed at 1.79 billion won, meaning that banknotes worth roughly 100 million won failed to meet the bank’s standards.

The eligibility of damaged bills is determined by guidelines related to the remaining surface area.

If the size of the area is 75 percent of the original measurements or larger, the bill qualifies for full reimbursement, whereas if it falls between 20 percent and 75 percent, half of the value is compensated, and for bills falling short of 20 percent, no exchange is offered. 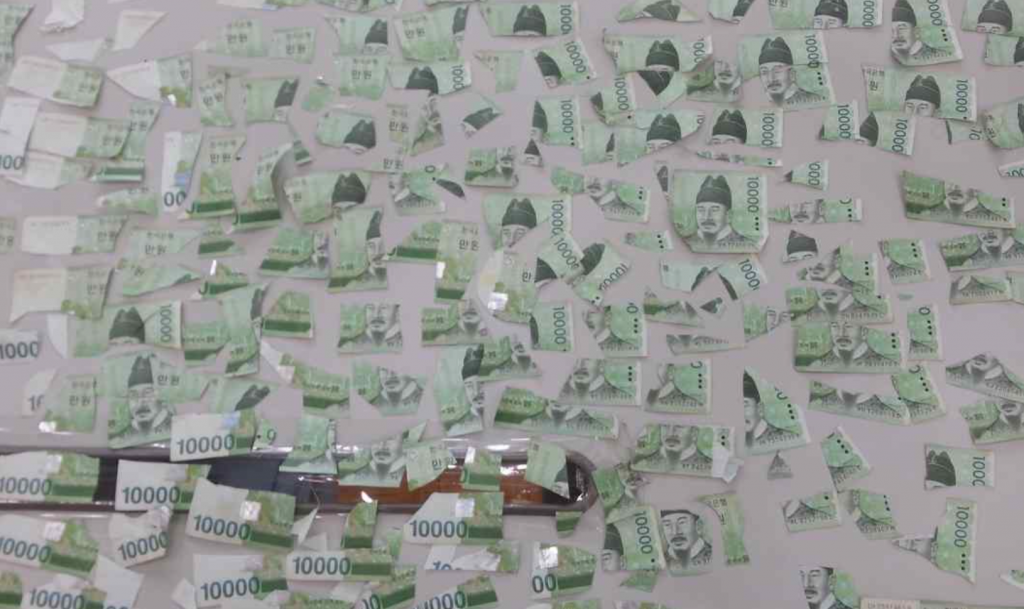 In cases of banknotes with several pieces glued or taped together, the surface area is limited to pieces that are considered to be of the original banknote, while a similar rule applies to burned banknotes even if a portion of the note has turned to ash.

When it comes to coins, the regulations are less strict, and owners can have them replaced when they’re crushed, dented, or rusted, as long as their shape and value are recognizable.

Meanwhile, the face value of all damaged banknotes and coins exchanged in 2016 was 3.11 trillion won, which was an 8.2 percent drop from 3.39 trillion won in 2015. A total of 46.4 billion won was spent on replacing the damaged currency with new bills and coins, according to the central bank.