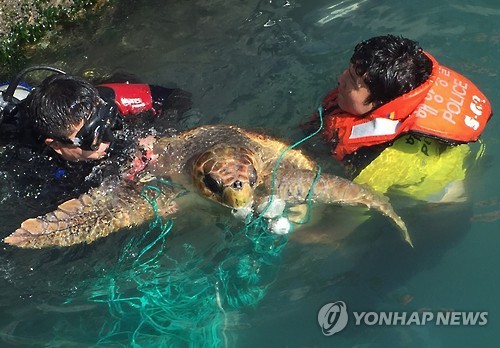 ULSAN, July 20 (Korea Bizwire) – Ulsan coastguard officers have announced that they rescued a Loggerhead turtle in the East Sea off the coast of Gijang-gun in the city of Busan. The turtle is 93 centimeters in length, between 300 and 350 kilograms in weight, and is estimated to be 100 years old. It was caught in a fishing net near a seawall, and was found by a coastguard patrol.

Officials say the turtle was flipped over with its front leg caught in the fishing net. Because the leg was torn and wounded, the turtle was rescued with a crane and moved to Haeundae aquarium. Officials note, “Since the wound is deep, it will take about a year to treat the affected area. We plan to release the turtle after it recovers.” 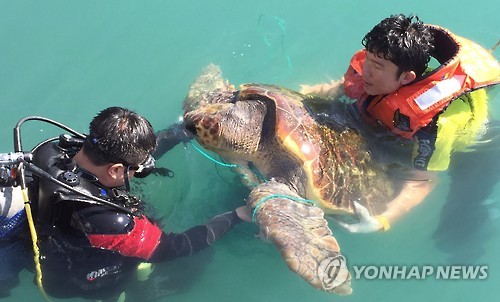 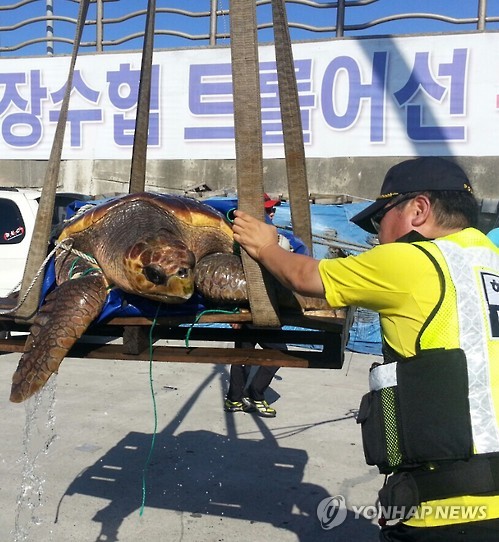