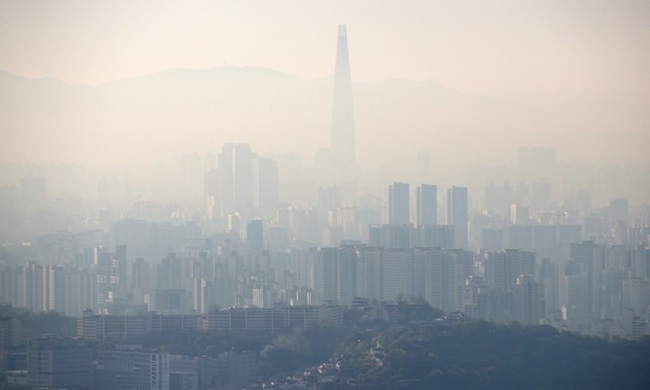 The new blueprint that covers environment management from 2020-40 contains strategies to make the country a “sustainable ecological state.” (Image: Yonhap)

SEJONG, Dec. 10 (Korea Bizwire) — The government on Tuesday announced a plan to lower the level of the country’s toxic fine dust to that recommended by the World Health Organization (WHO) by 2040.

The plan is part of the 5th National Environment Comprehensive Plan (NECP), which was resolved for a “green society” at a Cabinet meeting earlier in the day.

The NECP is the five-year master plan that presents a direction for the country’s future environment plans, and guides each ministry’s environment-related policies and local government’s environment preservation plans.

The new blueprint that covers environment management from 2020-40 contains strategies to make the country a “sustainable ecological state.”

The construction of new coal-fired power stations will be suspended, and old ones will be drastically closed for a coal-free society.

The average concentration of PM2.5 harmful particles that are smaller than 2.5 microns in diameter will be cut back to the WHO-recommended 10 micrograms per cubic meter.

The ratio of sales of electric and hydrogen cars to gasoline and diesel ones will be raised to 80 percent by 2040.

For a plastic-free society, environmentally harmless plastic and its alternative materials will be developed, and the use of disposable products will be banned in stages.

“The next 20 years will be a grave period during which the coal-centered human civilization should be transferred to a green civilization,” Environment Minister Cho Myung-rae said.

“In that sense, the NECP will serve as a rudder for a Green Korea.”