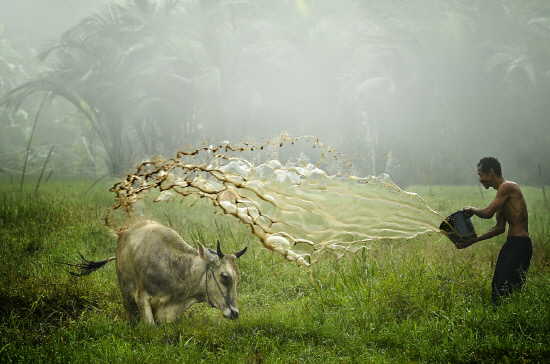 SEOUL, Oct. 8 (Korea Bizwire) – “Gyeongnam International Photography Festival 2014” whose theme is “Environment, Humans, and Life” is held at 3·15 Art Center in Changwon of South Korea from October 9 to 14, announced the organizing committee.

The festival is divided into three exhibitions: a main exhibition, a special exhibition, and an environmental photo exhibition solely by local photographers.

The main exhibition whose theme is “Environment Is Life” unveils the photos that illustrate humans who live harmoniously with nature.

At the special exhibition separated into the two titles of “Scenery as Culture” and “Beautiful Indonesia,” visitors can appreciate the pictures that express the inner world of human beings who respond to their environment and that commemorate the 41st anniversary of the diplomatic ties between Korea and Indonesia.

The other exhibition displays the environmental photos viewed from the camera lens of photographers from Gyeongnam.

“Gyeongnam International Photography Festival has grown to be the festival where local and overseas photographers blend pretty well together,” said Kim, Gwan-su, chairman of the steering committee, “and we will keep up our utmost efforts to make it become the venue of genuine gathering and exchange.”