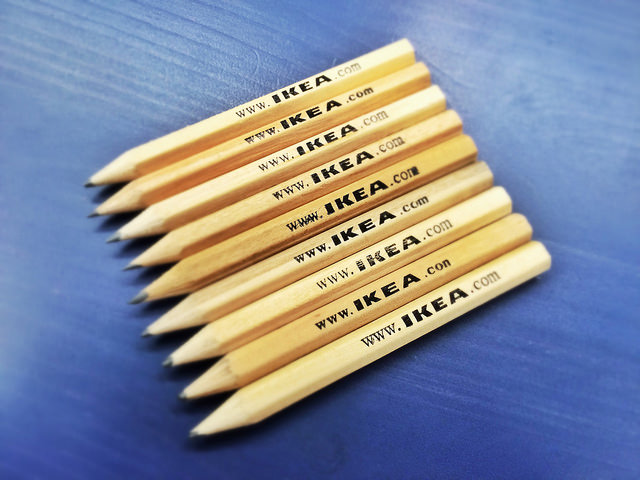 IKEA’s self-service checkout system requires the use of a pencil for customers to write down product numbers or the location of display stands. (image: Masanori Shimojo/flickr)

SEOUL, Feb. 13 (Korea Bizwire) – A not-so-funny thing has happened recently, in that the only IKEA store in Korea could not provide enough pencils for its customers. IKEA’s self-service checkout system requires the use of a pencil for customers to write down product numbers or the location of display stands.

On February 9, a post was written on an Internet community saying “Some IKEA customers swiped all the pencils, so IKEA stopped providing them.” The netizen quoted an IKEA worker who said that Koreans used the same number of pencils in 2 months that other counties use in 2 years.

SEE ALSO: “IKEA Effect” : Half of Furniture Retailers Near IKEA Outlet See Their Sales Down

SEE ALSO: IKEA to be Regulated as Big Box Retailer

One day later, on Junggonara, an Internet café devoted to the purchase and sale of second-hand items, a user wrote a post offering to sell a dozen IKEA pencils for 3,000 won. The post brought up a newly-coined phrase, “IKEA pencil beggar”, and a discussion of the civility level of Koreans ensued.

However, the fact is that IKEA did not permanently stop providing the pencils, but had to temporarily do without as a result of the shortage.

An IKEA official said, “We do not care about the pencils. We just put out new pencils if they run out. There are no statistics on the usage of the pencils by country. One thing clear is that we will not restrict the use of the pencils.”

In other countries, IKEA pencils are “must-steal” items. The pencils are used in many other places from bingo players on Mediterranean cruises to golf players marking their scorecards. A Dutch artist constructed a chair out of hundreds of them, and they are even used in surgery to mark osteotomy cuts in craniofacial and maxillofacial surgery.