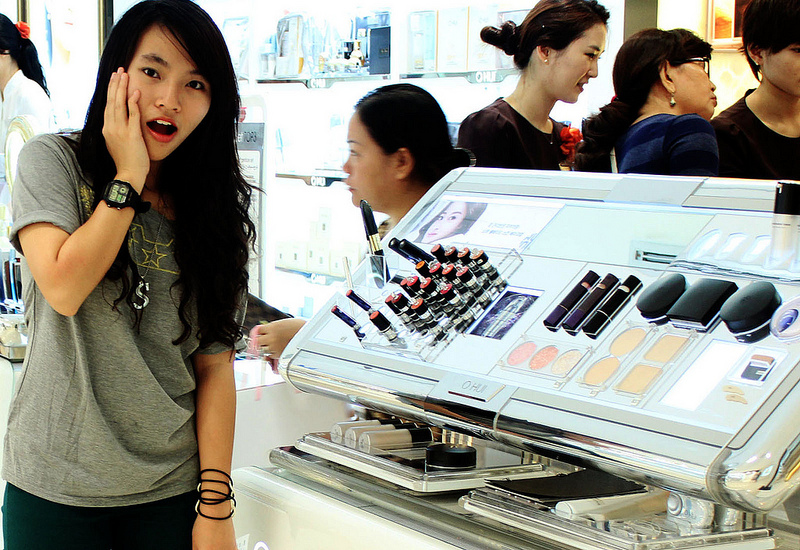 Out of $686.2 million worth of cosmetics China imported in the January-March period, South Korean products accounted for 19.1 percent, or $131.2 million, coming next to France’s 33.6 percent market share. (image: The Snow Show/flickr)

SEOUL, May 18 (Korea Bizwire) — South Korean cosmetic products are expanding their presence in China on the back of the Korean Wave and competitive beauty products, becoming the second most sold in Asia’s second-ranked but fast-growing beauty market, data showed Monday.

Out of $686.2 million worth of cosmetics China imported in the January-March period, South Korean products accounted for 19.1 percent, or $131.2 million, coming next to France’s 33.6 percent market share, according to the data compiled by the Korea International Trade Association (KITA).

Korea moved up two notches from last year’s spot as China’s imports of Korean cosmetics more than tripled in the first quarter from a year ago, while French and Japanese products surged 10.2 percent and 37.2 percent, respectively, in the same period.

Thanks to strong sales in China, total exports of Korean cosmetics nearly doubled to $582 million in the first three months of this year, which in turn improved their earnings.

LS Cosmetics, which is well-known for face mask sheets, logged 17.5 billion won in operating profit, recording an over 100 times on-year surge. Its shares, which are traded on the secondary KOSDAQ market, jumped 338 percent this year to become one of the top earners in the local stock market.

“Korean companies are showing stellar performance in the Chinese market based on the Korean Wave and competitive price ranges and brand lineups,” Na Eun-chae, a researcher at Korea Investment & Securities, said. “The outlook for Korean cosmetic makers is positive in the mid- and long- term.”