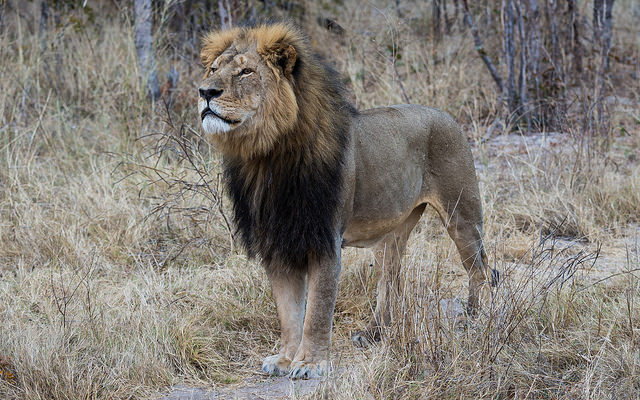 SEOUL, July 31 (Korea Bizwire) – At the home of Ernest Hemingway (1899-1961) near Havana, the capital of Cuba, a display of stuffed animal heads welcomes visitors.

Hemingway enjoyed hunting, and used to go to Africa to hunt. He brought his ‘trophies’ home and hung them on the walls.

Hunting animals to keep as mementos instead of selling them is called ‘trophy hunting’.

Theodore Roosevelt, the 26th American president, captured or killed 11,000 animals during his safari trip to Africa in 1909.

While all the anger in the world is currently focused on American dentist Walter Palmer (55), who killed Cecil the lion from Zimbabwe, the Washington Post suggests that American hunters are the number one supporters of the hunting business in Africa.

According to the article in the Washington Post, the size of the South African hunting market is US$744 million. A 10-day elephant hunt package costs $36,000, and the cost to hunt a rhinoceros is $100,000.

In addition, the cost to hunt animals that are raised to be hunted in a certain district is also US$20,000, but the cost is not a problem for those who like hunting.

For the poor African countries, the hunting business creates employment, and is a profitable tourist attraction.

Ironically, the profits derived from hunting are used to protect wild animals.

Palmer killed Cecil with a bow on private property, instead of in a legalized hunting area. He then cut off Cecil’s head, an act that raised a storm of criticism.

Despite Palmer’s explanation that he went through legal procedures with a specialized guide, he has been roundly criticized by people all over the world.

The amount of money Palmer spent to hunt down Cecil for 40 hours, kill him, cut his head off, and remove his fur was $50,000.

Animal enthusiasts are opposed to trophy hunting, as it can lead to illegal activity. The bones and fur of illegally captured animals can be sold on the black market.

A decrease in animal populations is also a huge concern. The number of wild lions living in Africa was around 200,000 a century ago, but because of the reckless hunting, dropped to 30,000 recently.

On the other hand, hunting in limited areas is not considered a problem by the United States Fish and Wildlife Service and the World Wildlife Fund. Also, some say that hunting weak animals doesn’t go against the wisdom of the ‘survival of the fittest’. According to the Washington Post, there is also criticism that the local guides who lead hunters to illegal areas are a bigger problem than the hunters themselves.