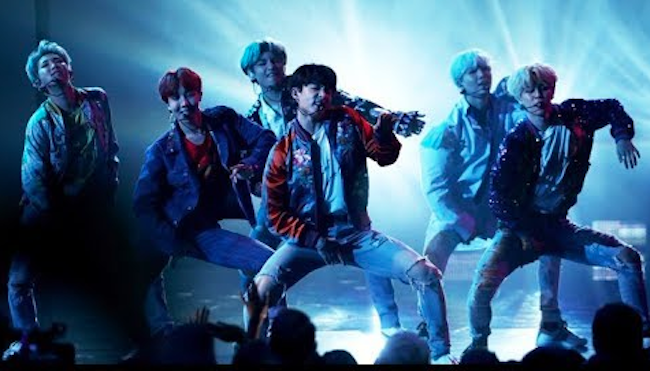 The group has earned the honor, which is published by Guinness World Records, as the music group with the most Twitter engagements. It achieved an average of 152,112 retweets per tweet.

“Congrats to @BTS_twt on a stellar performance at last night’s @AMAs!” the GWR wrote on its official Twitter account Monday.

“The South Korean band has succeeded in earning a spot in this year’s #GWR2018 edition for having the world’s most @Twitter engagements for a music group!”

The group successfully made its U.S. television performance debut at the 2017 American Music Awards (AMAs) at Microsoft Theater in Los Angeles, which was broadcast live by ABC, Sunday night (local time).

After the group’s stellar performance, it topped the Google trends search in the U.S. and produced around 20 million Tweets.

The seven-member boy group, which made its debut in 2013 and has produced hit after hit, has become an international K-pop sensation.

Earlier this year, it won the top social artist of the Billboard Music Awards and became the first Korean act to perform at the AMAs. It has appeared on popular American talk shows, including “Jimmy Kimmel Live!” and “The Ellen DeGeneres Show.”

The group has 11 music videos, each with more than 100 million views on YouTube. Most recently, “War of Hormone” surpassed that milestone.