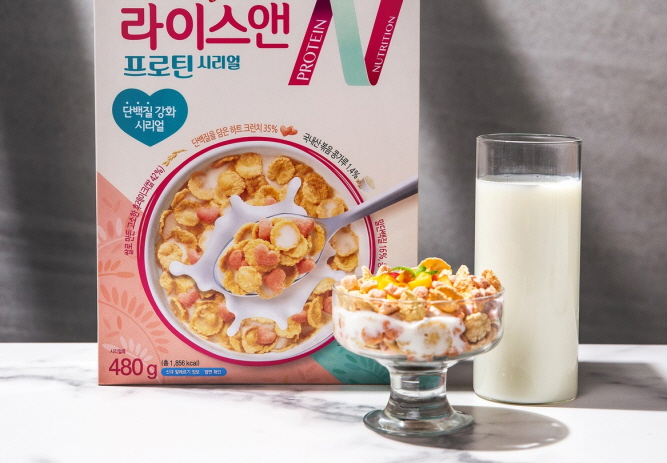 SEOUL, Feb. 4 (Korea Bizwire) — As the standards of food selection extend beyond taste and nutrition to beauty and health, success cases of new protein-based products are emerging in earnest.

Launched in April last year by Orion Corp., a major confectionery company in South Korea, the Dr. You Protein Bar had seen sales of more than 10 million units by mid-January, only eight months after its launch.

Monthly sales also tripled from 500,000 in May to 1.5 million in December in just over half a year, an indication that momentum is building.

In September of last year, Orion released the “Dr. You Protein Bar Mini” to expand its product line.

“With the health-conscious trend and the growing number of people enjoying leisure activities, there will be a growing number of customers searching for healthy, nutritious and convenient snack foods,” an Orion official said.

The industry explained that the “dumbbell economy,” a phenomenon in which related industries are growing along with an increasing number of citizens who exercise or on a diet, is also in full swing in South Korea.

According to U.S. market research firm Global Market Insights, Inc., the global active nutrition market is expected to grow by more than 12 percent annually from US$11 billion in 2017 to US$27.8 billion in 2025.

In Souh Korea, the introduction of a 52-hour workweek and the spread of a culture of “work and life balance” have added momentum to the trend, and each major food company is offering related products.

An industry source said, “The time has passed when we used to think of protein as only chicken breasts. Now products that are easy to eat and taste good, and diversified product lines are leading new trends.”