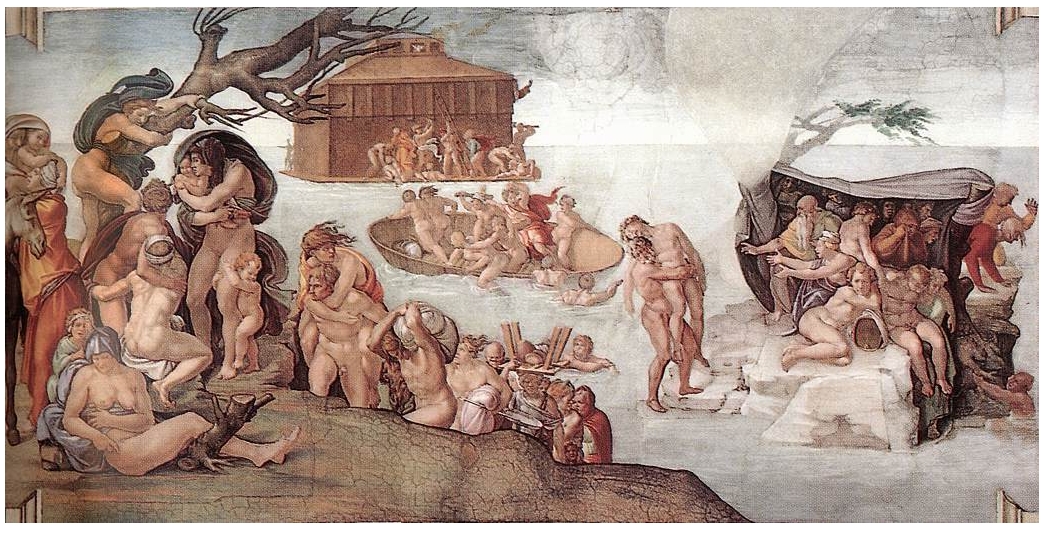 Lakewood, New Jersey, Mar 23, 2014 (Korea Bizwire) – In just days, Paramount Pictures and New Regency will unveil “Noah” nationwide – amidst a storm of biblical controversy.  The anticipated $130 million-dollar larger-than-life feature conveys an original interpretation of the biblical Noah, his family, and the world about him, as told in Genesis, the first book of the Bible.  Renown director Darren Aronofsky helms an all-star cast, including Russell Crowe and Jennifer Connelly (“A Beautiful Mind”), Darren Aronofskyand Logan Lerman (“The Perks of Being a Wallflower”), and Sir Anthony Hopkins (“The Remains of the Day”).  NoahLaws.com believes the true meaning of Noah, for all humanity, is far greater than any distractor.

More than a half-century past, Cecile B. Demille brought the Bible – in living color – to the silver screen as “The Ten Commandments;” it was a remake of his earlier, 1923 black and white effort of the same title.  There were no widespread boycotts or threats of violence resulting from Demille’s classic interpretations.  Weeks ago, a Fatwa (“ruling of contradiction to the teachings of Islam”) was announced by the Al-Azhar institution in Cairo, Egypt because of the film’s mere depiction of the biblical Noah by actor Crowe; it will be banned from a vast majority of the Arab world.  Paramount abated the call for widespread Christian boycott by the National Religious Broadcasters (NRB) by adding the theatrical preface: “The film is inspired by the story of Noah. While artistic license has been taken, we believe that this film is true to the essence, values and integrity of a story that is a cornerstone of faith for millions of people worldwide. The biblical story of Noah can be found in the book of Genesis.” In truth, the meaning is far greater.

Ten generations after Adam (and more than ten before the Commandments are given to Moses), Noah represents the most righteous figure of his generation.  All of mankind today, regardless of faith, are his progeny.  It is in his honor that the Seven Universal Laws of Noah (or, Noahide Covenant) were established.  While Demille’s cinematic replicas of the Ten Commandments he personally placed at several U.S. Courthouse steps still today spark controversy in ongoing Church vs. State legal debates, Noah’s Laws themselves have been officially recognized in legislation.  They were unanimously passed by both Houses of Congress and signed into law by President George Bush:  “Public Law 102-14, 102nd Congress, documents that the United States of America was founded upon the Seven Universal Laws of Noah, and that these Laws have been the bedrock of society from the dawn of civilization, and that justified preoccupation in educating the Citizens of the United States of America and future generations is needed. For this purpose, this Public Law designated March 26, 1991 as Education Day, U.S.A.”  Noah’s Laws are the “essence, values and integrity” of all humanity.

Yet, many Americans (and other worldly citizens) remain unaware of these Seven Laws and the Noahide Covenant. In recognition of Public Law 102-14, the Noah Institute at Pirchei Shoshanim is committed to bringing this knowledge into the realms of higher learning.   Founded in Vilna, Poland more than 250 years ago to expand the study of Torah (the first five Books of the Bible) to all students, regardless of religion, background, location or circumstance, Pirchei Shoshanim’s distance-learning programs on the Laws of Noah (as well as other facets of Torah Law) are fully accredited by the National College Credit Recommendation Service (nationalccrs.org).  Participants study at their own pace, guided through live mentoring by qualified Instructors.  Noah Institute Scholastic Director Avraham Bloomenstiel adds, “We’ve developed the magnum opus study on the Noah’s Seven Universal Laws.   What we’ve developed comprises the widest scope of knowledge from the past 3,300 years, and refined it so that it can be understood and applied by everyone.”  The English-language program is designed to provide structure, a sense of accomplishment in biblical study, and optionally, university-accepted College Credits.  Other courses are already available in Spanish and Hebrew.

Open enrollment begins March 26, 2014 at NoahLaws.com, which is coincidentally the date of “Noah’s” theatrical release.  Both are thirty-two (32) years, to the day, from the recognition of the Seven Laws of Noah by Congress and the President of the United States.  Those familiar with Aronofsky’s directorial debut, “Pi” (and students of Kabbalah), may further note: Torah defines thirty-two paths to enlightenment; thirty-two is represented by the letters Lamed (3) and Bet (2), and pronounced “lev;” in English, “lev” translates to “heart;” the “knowing heart” is one that contains Torah; Genesis, the first book of Torah begins with Bet and the last book, Deuteronomy, concludes with a Lamed.  Possibly, of greater significance to Paramount Pictures and New Regency, thirty-two is also the value of “yechid,” meaning “one” in English – representing the position of “Noah” in the box office ranking, for many weeks to follow.