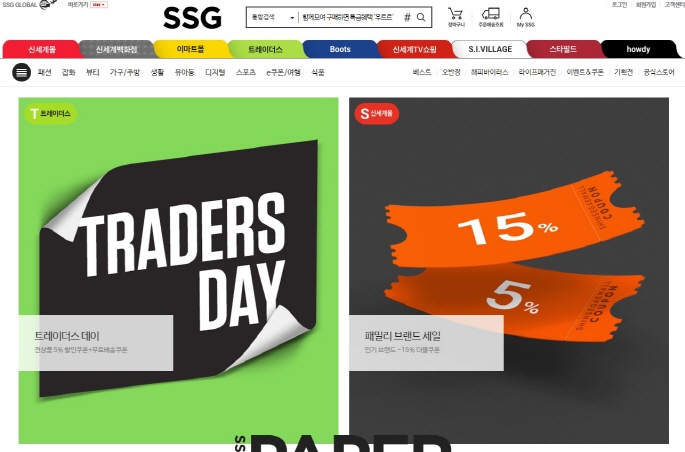 A captured image from the website of SSG.COM. (Korea Bizwire)

SSG.com said the company requested major local securities submit bids for the selection of a lead manager for its initial public offering (IPO).

“Company executives, staff and other interested parties have agreed on the need for a stock market listing to help accelerate the company’s growth,” SSG.com said in a statement. “As the first step, the process for choosing a lead manager has started.”

SSG.com plans to invest the proceeds from the envisioned IPO in its logistics infrastructure and information technology.

The online mall didn’t comment on the date of its stock market listing, but the company is forecast to debut on the local stock market next year if the IPO process goes without a hitch.

Industry watchers had originally expected SSG.com to carry out an IPO in 2023 in line with E-Mart’s contract with private investors.

In 2018, E-Mart, SSG.com’s largest shareholder, lured 1 trillion won (US$856 million) from local equity funds on condition that those investors request E-Mart buy their shares in SSG.com should the online mall fail to meet requirements for a sales target or IPO in 2023.

Analysts said SSG.com appears to have decided to move forward with its stock market listing following industry titan Coupang’s listing on the New York Stock Exchange in March this year and rivals’ moves to go public.

Industry sources also said SSG.com’s rush for an IPO may stem from Shinsegae Group’s need to raise investment funds as it has decided to spend around 4 trillion won in mergers and acquisitions this year.

In late June, E-Mart the discount store chain under Shinsegae Group, signed an agreement with eBay Inc. to acquire an 80 percent stake in its South Korean e-commerce unit for 3.44 trillion won.

The stake purchase would raise E-Mart’s interest in the leading coffee franchise in Asia’s fourth-largest economy to 67.5 percent.

Shinsegae Group is reportedly seeking to sell E-Mart’s head office in an effort to secure money for those stake purchases.