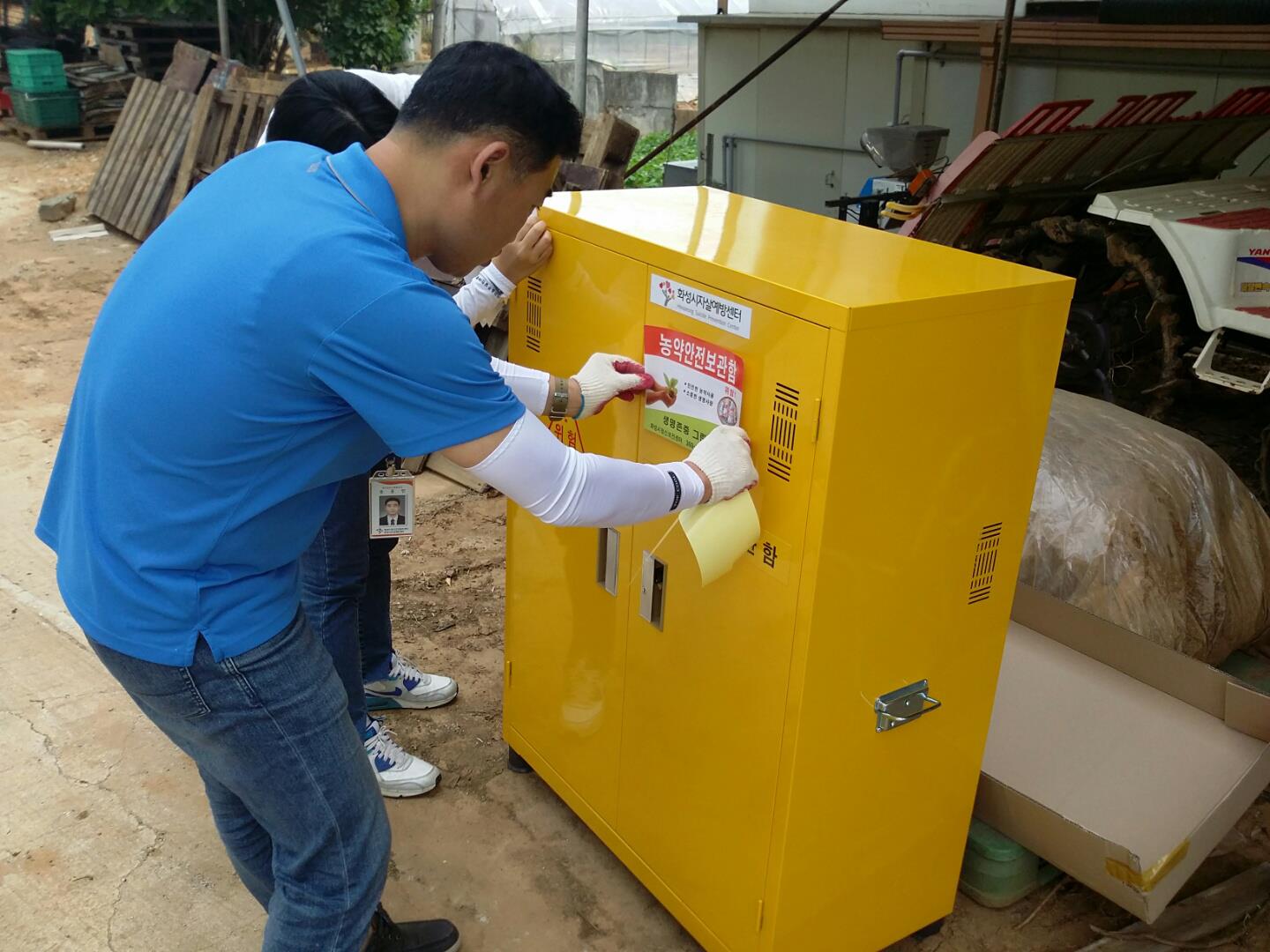 The cabinets were designed to prevent easy access to pesticides for individuals considering suicide.

The 1.2-meter-high cabinets can store different types of pesticides, as well as herbicides, and must remain locked at all times.

The program is designed so that the home owner or a trustworthy family member without suicidal tendencies will keep the key in a safe place to prevent impulsive suicide attempts, often caused by fits of rage or mood swings.

Two years after the start of the program, residents of Ujeong-eup, an area within Hwaseong, also voluntarily joined the project after a few of their own neighbors committed suicide with pesticides. “There have not been any similar cases ever since,” a villager said.

Before the program was implemented, pesticides were usually stored in the foyer or kitchen of homes in agricultural families, easily allowing impulsive suicide attempts to be made, especially when under the influence of alcohol.

Over the past two years, a total of 16 villages have implemented the project, and it has been reported that the number of suicides in those villages has been reduced by more than half from five, down to two.

Three villages (Hangak 1-ri, Cheongyo 2-ri and Unpyeong 3-ri) have not seen any suicide cases since the project was launched in their communities.

As the ‘Green Life Village Project’ has proven to be a success in Hwaseong, other districts and cities are benchmarking the program.