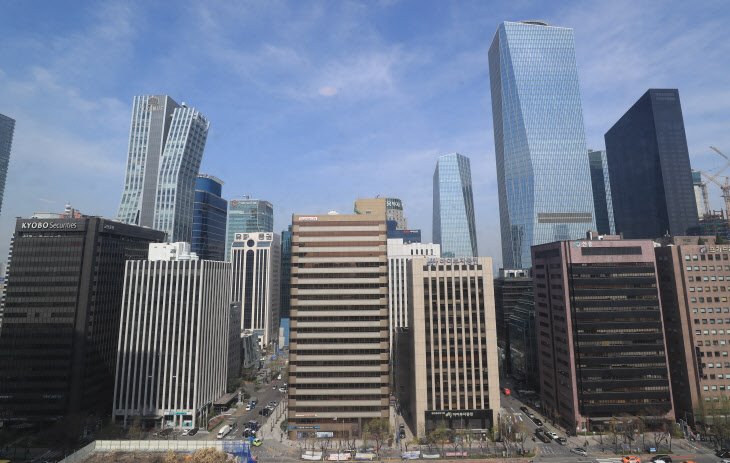 SEOUL, Mar. 1 (Korea Bizwire) — Over the last 18 years, sale prices of office space in Seoul rose by an average of more than 7 percent each year, with transactions surpassing a total of 10 trillion won (US$8.8 billion) on average each year.

IGIS Asset Management Co. and Daishin Securities Co. announced on Thursday that sale prices of office space had risen by an average of 7.2 percent each year between from 2001 to 2018.

Prices dropped in the third quarter of 2009, tumbling by 11 percent after the global financial crisis swept the nation, and remained depressed until 2011.

Over the past three years, sale prices have risen by average of 5.3 percent each year, 3.3 times larger than the rise in consumer prices (1.6 percent).

IGIS and Daishin Securities explained that the low rate of return among equities and bonds and high volatility has led to an inflow of investment in the relatively stable office market in Seoul, contributing to the price increases in recent years.