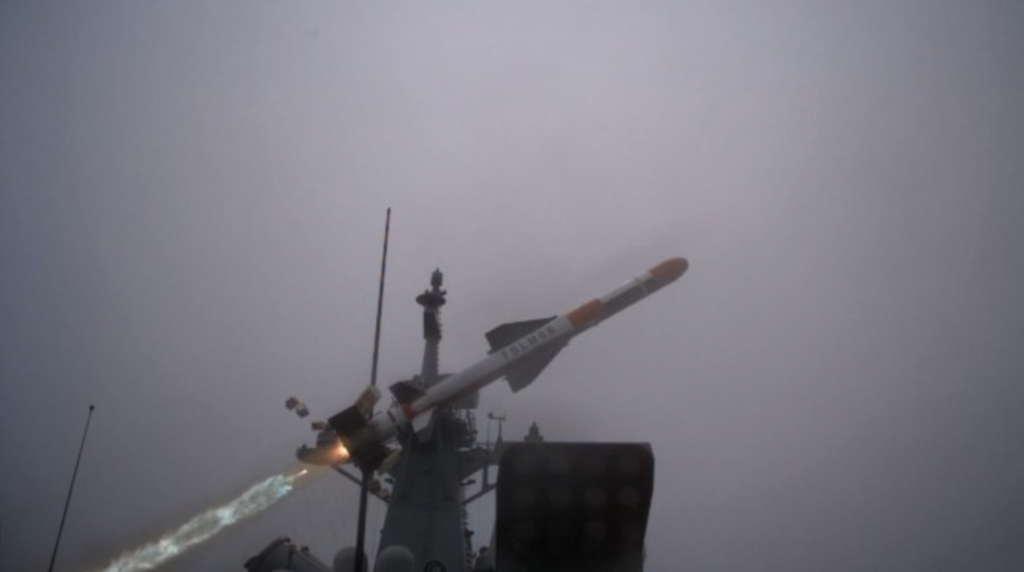 The shrapnel of the missiles’ warhead can penetrate armored vehicles and destroy an area with the size of two football fields at a shot, the agency said. (image: Defense Acquisition Program Administration)

South Korea will start mass-producing the missiles with two types of launch systems — inclined and vertical — next year after a seven-year project led by the Agency for Defense Development, according to the Defense Acquisition Program Administration (DAPA).

The missiles have met all the required operational capabilities in a recent test for use by next-generation frigates, it added.

The shrapnel of the missiles’ warhead can penetrate armored vehicles and destroy an area with the size of two football fields at a shot, the agency said.

The nation’s warships have largely depended on anti-ship or anti-aircraft guided missiles. But the successful development of the new missile will upgrade its capability to attack ground targets.

Especially, ship-to-ground missiles with a vertical launch platform that can be used by various naval ships will be operational beginning in 2019.

“(South Korea) has become able to strike from sea not only the enemy’s major bases on the ground but also core facilities, including those related to ballistic missile launches,” said Lee Sang-moon, head of the DAPA’s guided weapon development team.

The new missile will serve as key maritime equipment for the military’s Kill Chain pre-emptive strike system against North Korea’s provocations, he added.