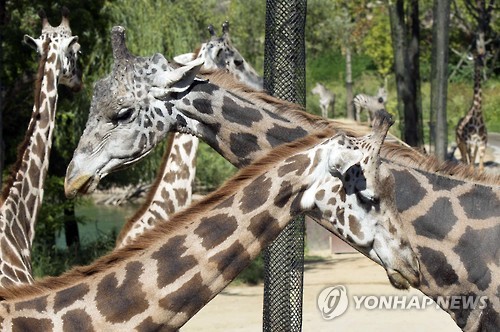 YONGIN, Sept. 18 (Korea Bizwire) – There is a couple that has been in love for the past 25 years at the ‘Lost Valley’ in the safari park at Everland, a theme park outside of Seoul.

The giraffe couple, Jangdari and Jangsuni, have lived at Lost Valley since they were born in 1986.

Since they became spouses and bore their first calf in September 1990, 17 more calves had been born as of September 2013.

The International Species Information System (ISIS) listed Jangsuni as the giraffe that gave birth to the most number of calves when she gave birth to her 18th. 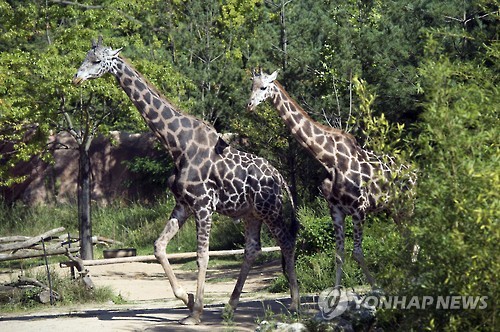 Time passed and the couple became 29 years old. Since the average lifespan of giraffes is 30 years, the two literally have been together at the same place all their lives.

To celebrate their 25th anniversary of ‘marriage’, Everland prepared a small silver anniversary ceremony. The whole family enjoyed their favorite meal, apples and cabbage, and had a family picture taken. Their zookeeper, Kim Jong-gap, and the veterinarians who delivered all 18 of Jangsuni’s offspring also attended the joyous occasion.

Everland officials say that the reason Jangdari and Jangsuni could stay a couple for such a long time was because of the good environment they were raised in, and the great care they received from the zookeepers including Kim. But most of all, it was because the two felt great affection for each other. 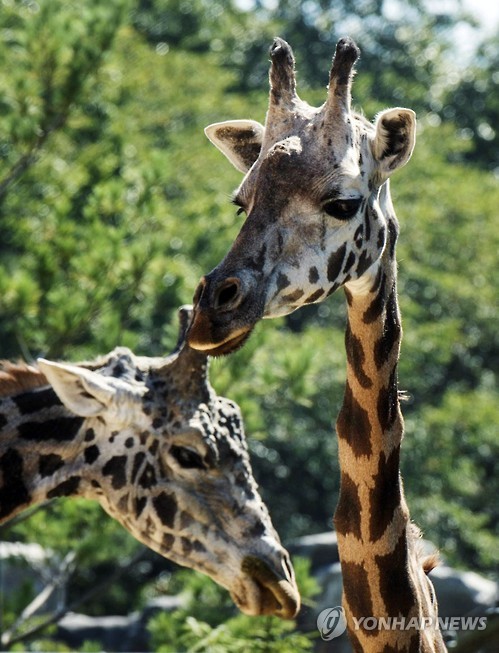