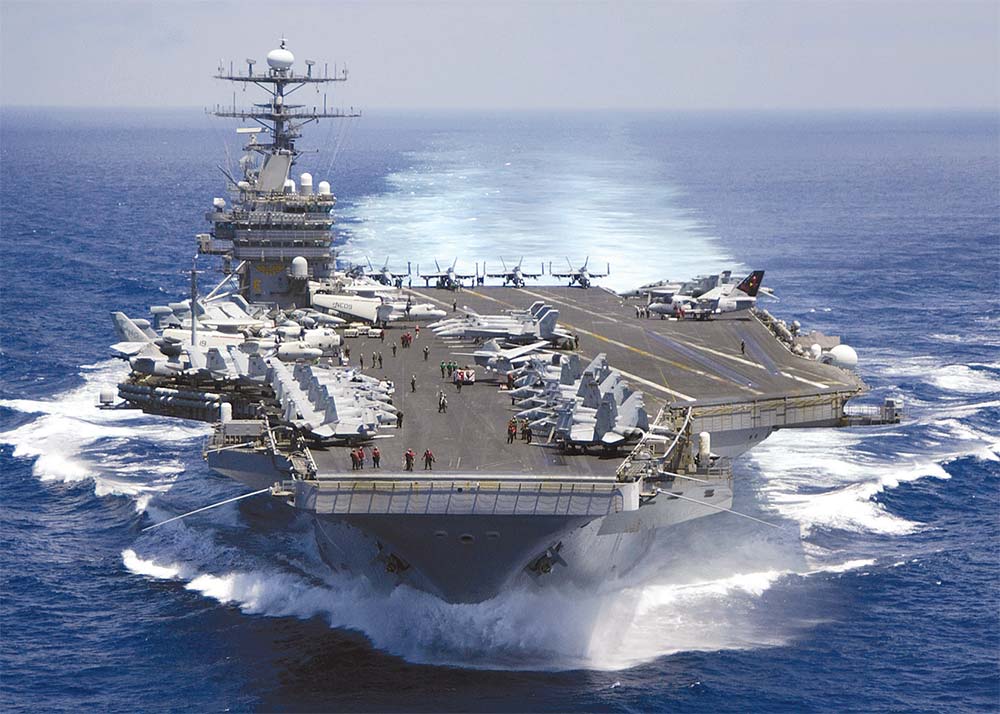 The return of the Carl Vinson Strike Group, which belongs to the San Diego-based 3rd Fleet, toward the peninsula is the latest U.S. show of force against North Korea, coming on the heels of Tomahawk cruise missile strikes on Syria.

The deployment of the USS Carl Vinson, a nuclear-powered aircraft carrier, and accompanying warships comes amid growing tensions sparked by the North’s repeated missile provocations and the Trump administration’s hard line rhetoric.

Trump and his Chinese counterpart Xi Jinping produced no breakthrough in efforts to resolve the North Korea problem in their summit talks last week. The Trump administration has stated that it would consider unilateral action if Beijing refuses to cooperate.

The deployment of the Carl Vinson group reflects the U.S. “perception of the seriousness of the security situation on the Korean Peninsula,” Moon Sang-gyun, spokesman for the Ministry of National Defense, told reporters.

The U.S. Pacific Command (PACOM) also confirmed that the Carl Vinson’s turn toward Korea away from the original destination of Australia from Singapore is related to North Korea.

“Third Fleet ships operate forward with a purpose: to safeguard U.S. interests in the Western Pacific,” Cmdr. Dave Benham, a spokesman for the command, said in a statement.

“The number one threat in the region continues to be North Korea, due to its reckless, irresponsible and destabilizing program of missile tests and pursuit of nuclear weapons capability.”

The carrier’s crew is the same crew that buried Osama bin Laden at sea.

Both Moon and Benham were guarded about the exact mission of the Carl Vinson team in waters near Korea and its duration. The PACOM gave no response to a related inquiry.

A defense official in Seoul took note of the rare comeback of the high-profile American strike team in less than a month. It made port calls in South Korea in mid-March to join the annual combined defense drills of the allies.

“It’s very unusual for a U.S. aircraft carrier to be re-deployed here in such a short period,” he said on the condition of anonymity. “Besides, it’s rare for the flattop of the 3rd Fleet, not the 7th Fleet in charge of the west Pacific, to frequent the peninsula.”

In an interview with Yonhap News Agency and some other local news outlets in Seoul last week, U.S. Pacific Fleet commander Adm. Scott Swift said he has been trying to expand the role of the 3rd Fleet in the region where USS Ronald Reagan is stationed but it’s out of operation for about three months a year for maintenance.

An informed American defense source said it’s true that advanced U.S. weapons are concentrated in areas not far away from North Korea.

“As a matter of fact, there’s no more to come in terms of the type of U.S. strategic military assets deployed in the region,” the source told Yonhap. “You can say that almost all strategic assets are forward-deployed under the nose of North Korea. It’s quite notable.” 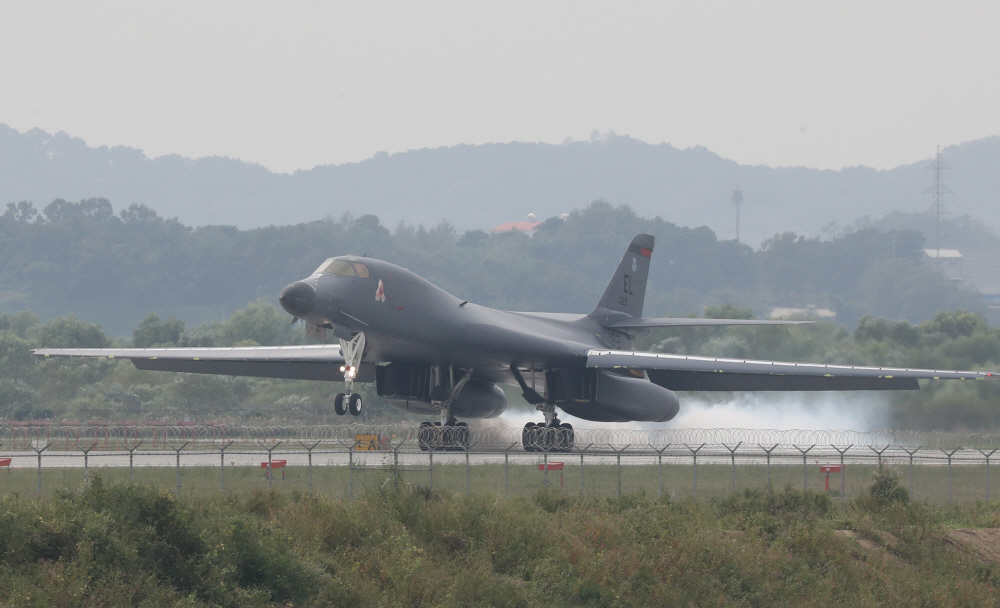 Ten F-35 stealth fighters are based in Japan, with B-2, B-1B and B-52 strategic bombers stationed in Guam.

The U.S. Air Force also plans to position five RQ-4 Global Hawk surveillance and reconnaissance drones in Japan from May.

Pyongyang has been highly sensitive to occasional flights of the attack aircraft over Korea for drills. China and Russia have also been opposed to the frequent appearance of those U.S. strategic assets near their soil.

They voiced concerns that Northeast Asia may be drawn into a hair-trigger situation.

“China is keeping a close eye on the development of the security condition on the Korean Peninsula,” Chinese foreign ministry’s spokeswoman Hua Chunying said at a press briefing, when asked about Beijing’s view on the Carl Vinson.

She emphasized that each party should maintain a cool-headed approach and refrain from raising tensions on the peninsula.

Viktor Ozerov, head of the defense affairs committee in the upper house of the Russian parliament, also warned that there’s a high risk of a U.S. missile strike on North Korea’s military facilities, according to Moscow’s media.

Despite its rhetoric, experts say, the U.S. is expected to focus efforts on deterring the North’s provocations and finding a solution through dialogue for the time being.

“Neither the U.S. nor North Korea would take the initiative to wage a war, but the risk of conflict is higher as a small miscalculation or accident could bring war to the peninsula,” Zhang Tuosheng, a researcher at the China Foundation for International and Strategic Studies, was quoted as saying by the South China Morning Post.