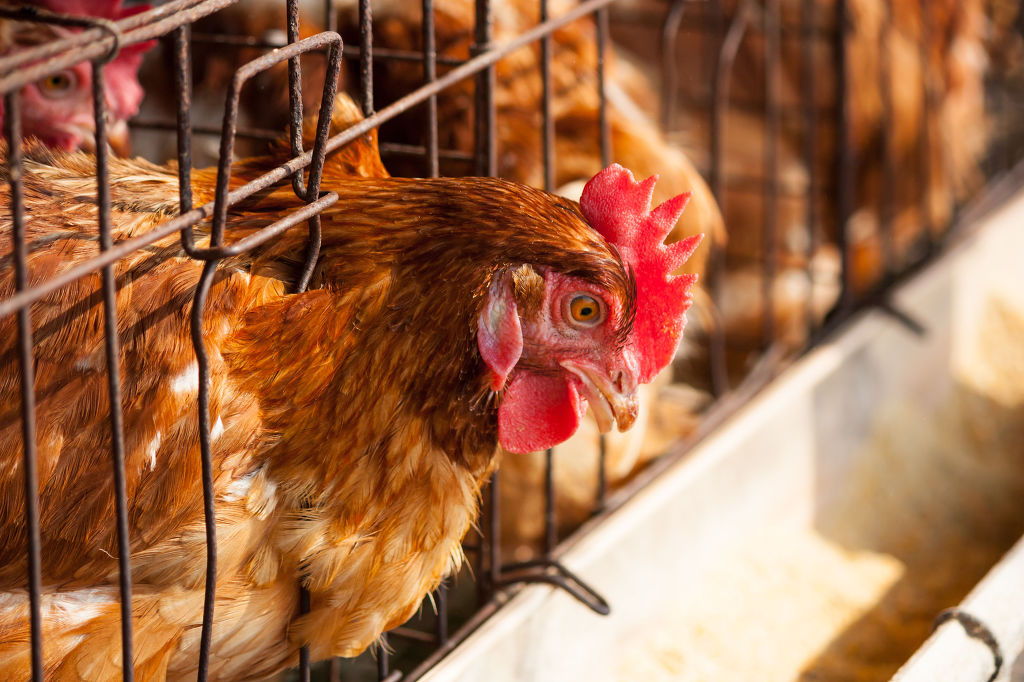 The idea of “factory farming”, mass breeding of the birds in tight cages, has frequently been subject to criticism for the practice’s lack of concern for animal welfare, but also for making the animals highly vulnerable to diseases like avian influenza. (image: KobizMedia/ Korea Bizwire)

SEOUL, Jan. 20 (Korea Bizwire) – The initial reports of a suspected bird flu virus came from two farms, one in Gimje County and another in Eumseong County, on November 16. Just two months later, South Korea had culled over 32 million poultry across the country, making the latest outbreak one of the worst crisis ever suffered by the agricultural industry.

Ironically, neighboring Japan also suffered an outbreak last November, but had culled only 1.14 million birds as of January 15. The first confirmed case was reported at a farm in Aomori Prefecture on November 28.

So what went wrong in Korea, and why did officials have to slaughter some 28 times more birds than did Japan?

A government task force was formed last month to investigate the latest outbreak with hopes of improving Korea’s quarantine system. Upon paying a visit to Aomori Prefecture and the local poultry association, the task force concluded that one of the biggest faults was in the breeding environment.

According to officials, Japan currently has twice the number of chickens bred than Korea, but almost none are bred in areas where dozens of poultry farms are concentrated in a specific site.

In fact, there were only seven farms in Aomori located within a 10-kilometer radius of the one that first detected the virus, while the numbers were 410 for the farm in Gimje and 207 for the one in Eumseong.

Officials added that there are some 20 large farms in Japan that breed more than 1 million poultry, but almost all of them were located in isolated areas like deeper mountains, making it less likely for the virus to proliferate to other regions. 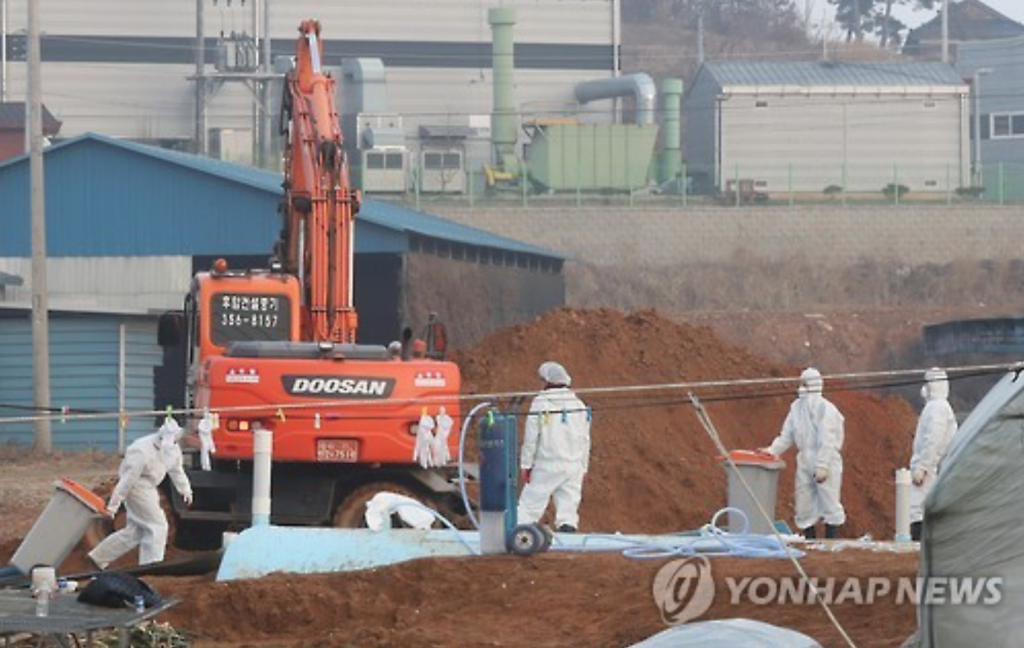 South Korea had culled over 32 million poultry across the country, making the latest outbreak one of the worst crisis ever suffered by the agricultural industry. (image: Yonhap)

The idea of “factory farming”, mass breeding of the birds in tight cages, has frequently been subject to criticism for the practice’s lack of concern for animal welfare, but also for making the animals highly vulnerable to diseases like avian influenza, leading to the inevitable choice of annihilating an entire’s farm population upon a single confirmed case of infection.

Currently, the minimum breeding area per chicken designated by the Livestock Industry Act is 0.05 square meters, which is smaller than a sheet of A4 paper.

Experts say birds bred in such environments, where they can barely move, develop higher stress levels, which together with the poor hygiene at many of the farms can significantly lower their immunity. The mixture of a highly dense population of birds, their waste, feathers, and dust makes the perfect environment for a viral disaster.

“Unless we breed the birds in ways that guarantee their innate nature, AI will continue to haunt us,” said Hong Gi-hoon, 57, who operates Korea’s first animal welfare-certified farm.

The legally-designated breeding area per bird at such farms is 0.14 square meters at minimum, which is about three times the size of conventional poultry farms. Many of these farms also have sawdust spread on the ground for dust bathing, and even perches for the birds to sleep on.

“Farm owners know the problem, but they maintain the current method because it allows them to breed roughly ten times more birds than animal welfare-certified farms, if given the same surface area,” he said. “The government should at least consider increasing the limits of bird cages.”