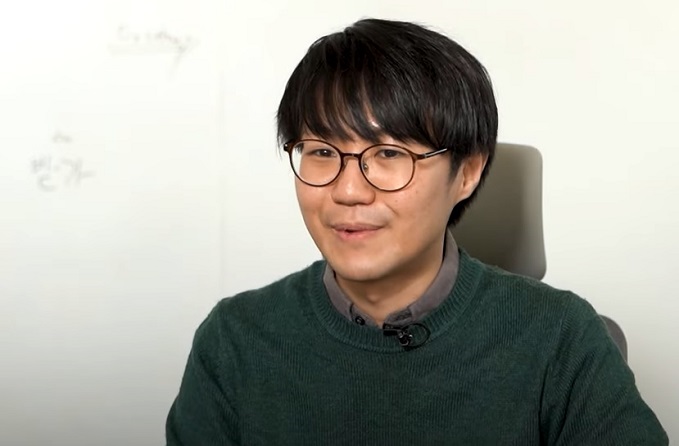 In this file photo, Kim Yong-kwan, CEO of Sketchsoft Inc., speaks during an interview with Yonhap News Agency on Nov. 25, 2022, in Seoul. (Yonhap)

SEOUL, Dec. 5 (Korea Bizwire) — With a swish of a stylus pen and a spin of the fingers on a tablet PC, a 2D straight line is changed into a 3D image of a flower, a skateboard or a car.

Its founder and CEO Kim Yong-kwan, a graduate in industrial design at the Korea Advanced Institute of Science and Technology, said the program is for laymen who want to draw simple 3D images for online use.

“When you see a 3D object in reality, your brain puts together images taken by each of your eyes. Your computer needs the same process to produce a 3D image,” Kim said in an interview with Yonhap News Agency held last week.

“You draw a line on this tablet, but you don’t know whether this line is right in front of you or far away,” he said, giving a demonstration with his iPad. “When you add one more line from a different angle, it becomes three-dimensional.” 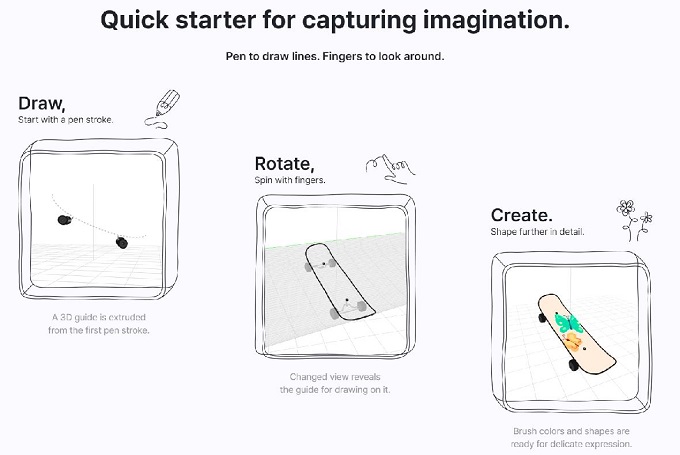 This image captured from the website of Feather shows the guide to using the program.

Feather’s software automatically creates planes based on lines drawn by the user and dimensionalizes them, no matter how well he or she draws the linear design, he said.

The program, which was developed by Kim about two years ago, is the integration of existing 3D sketching technologies for computer-aided design used in professional software, like AutoCAD.

Kim tuned them to a simpler, easier computer program in order to make it accessible to those who use tablets, while professional designers and experts use programs for big-size screens and drawing pads.

Moreover, Feather does not require people learn professional painting skills and 3D designing techniques to use the program.

Those who can draw a straight line on the iPad can actualize their imagination into a genuine-like image on a screen, he added.

“Feather has one of the lowest entry barriers so that nearly all people can create a 3D image,” the 31-year-old businessperson said.

“If you have a creative image that popped up in your mind, you can create and realize them with Feather in a simpler, easier way than drawing it on paper.”

“All creations made from Feather are compatible with other professional software, like AutoCAD,” he said. “You can move the file to other high-profile programs and add exquisite details for commercial designs.” 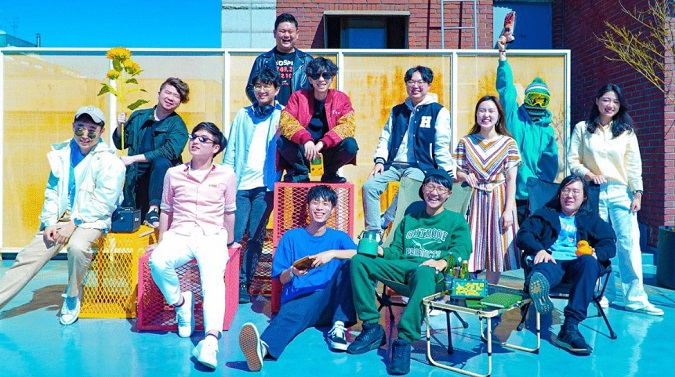 This photo provided by Sketchsoft Inc. shows employees of the company posing for a photo.

After some 15 months of beta testing, Feather hit the market on Nov. 1 and is now available on the App Store for free.

The application made it to the top 20 bestseller list in its first week of release on the online market for iPhone and iPad, according to Sketchsoft.

Kim said the changing tech trends led by innovative technologies, like the metaverse, virtual reality (VR) and augmented reality (AR), will broaden the market and fuel wider demand for Feather in the future.

“Virtual space trends, like the metaverse, AR and VR, focus on providing and consuming 3D data, and Feather is a software that helps everybody create 3D data on their own,” he said. “I hope Feather will lead the new trend.”