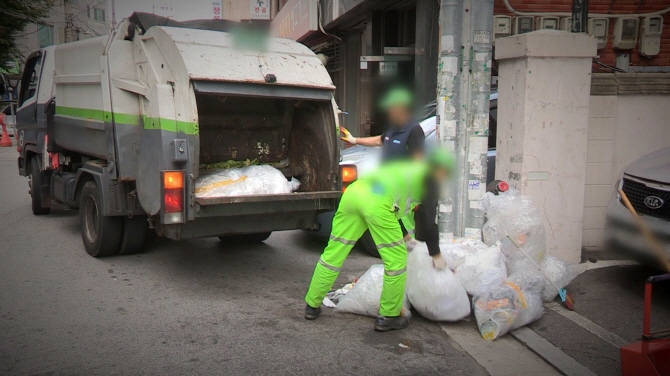 SEOUL, Sept. 7 (Korea Bizwire) — The results of a new survey show that 6 out of 10 employees working as security guards or street cleaners were found to have experienced harassment at work in the form of either verbal or sexual abuse.

According to a report in “Labor Review,” a monthly periodical published by the Korea Labor Institute, 193 out of 328 survey respondents said they had experienced harassment at least once, accounting for 58.8 percent of all respondents.

Regarding the results of the survey, the report stated that it was an indication of the “severe level of harassment that elderly employees working as cleaners, security guards and facility operators must endure.”

The greatest number of instances of harassment (20.9 percent) stemmed from “work related harassment” which means supervisors threatened to fire employees because of a small mistake or put a worker at a disadvantage in terms of task allocation for no apparent reason.

Other forms of harassment included “personal harassment” (20.1 percent) and “harassment due to labor union activities” (16.3 percent).

A breakdown of ages revealed that those in their 40s were most likely to have been harassed at work at 85.7 percent.

The majority of workers in their 50s and 60s also suffered from high levels of work harassment at 62.7 percent and 55.3 percent, respectively.

The survey was carried out with the participation of workers employed at 23 public institutions in Seoul between January and April. More women (77.5 percent) than men participated in the survey.