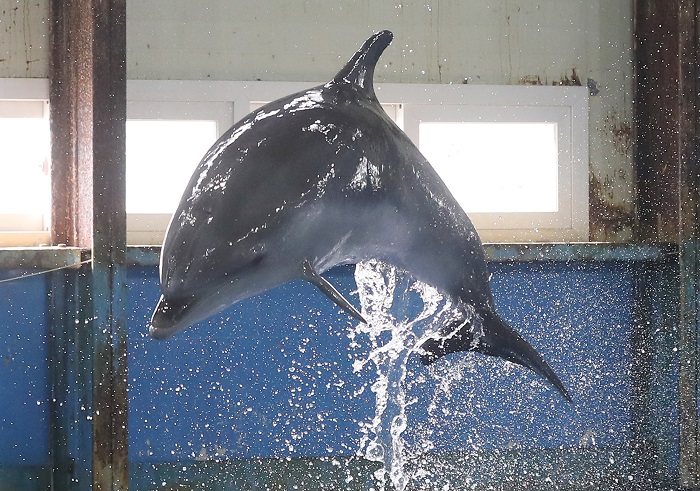 The corporation introduced ‘Ko Jang-su,’ a 20-month old dolphin calf, to the public on Thursday.

The calf got his ‘family name’ from his father. His first name, Jang-su, means longevity in Korean.

Ko began consuming both fish and his mother’s breast milk when he was 6 months old. Now, he consumes roughly 5.2 kilograms of breast milk and fish every day. 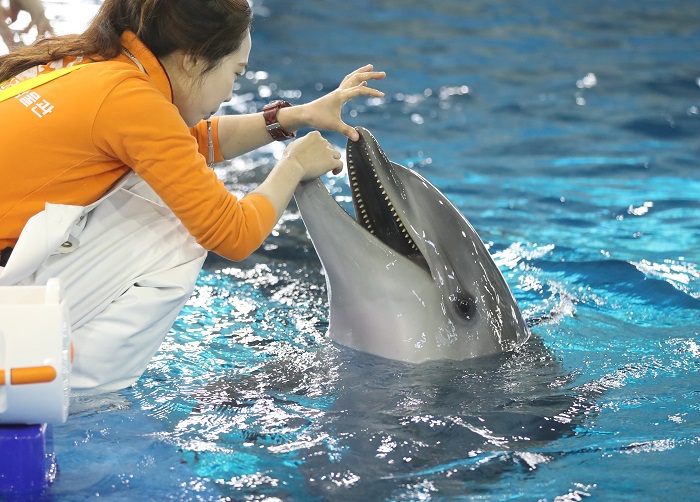 The young dolphin and his mother live in a secondary pool, separated from three other dolphins in the exhibition pool. Visitors are prohibited from entering the secondary pool. Ko was able to jump and surface at his trainer’s signal.

Dolphin calves are known for their weak immune systems and are particularly vulnerable to respiratory diseases.

The corporation will set up standard procedures based on the experience of raising Ko to increase survival rate of dolphins in South Korea.