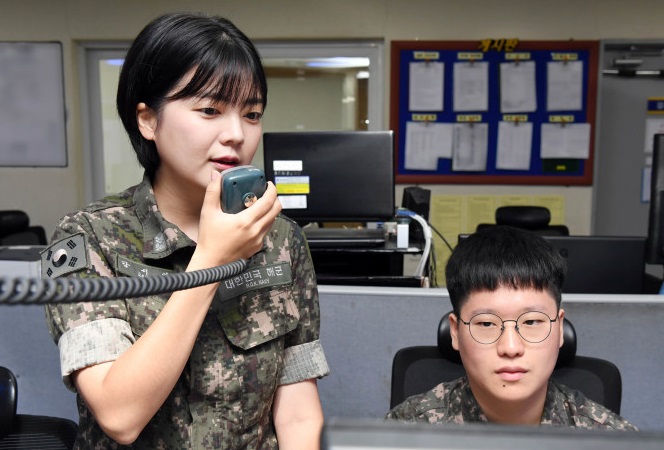 SEOUL, Jan. 29 (Korea Bizwire) — The number of female soldiers in the South Korean military stood at 12,602 last year, accounting for 6.8 percent of the total forces, the defense ministry said Wednesday.

The ministry has been trying to assign more women to policy and combat units as part of its efforts to give women a bigger role in the military.

In November, Kang Sun-young was promoted to become the country’s first female two-star general and was appointed to lead the Army’s Aviation Operations Command.

It was the first time that a female commander had taken the helm of the aviation command.

The ministry has also established facilities for women at 210 general outposts to make sure women face no restrictions in serving certain roles due to their gender. It plans to expand such facilities to all units across the country.

The ministry said it will also beef up efforts to prevent sexual violence in units and expand various welfare programs promoting work-life balance.

“We will continue our efforts to expand the proportion of women in our military and ensure appropriate working conditions for them so that they can focus on their service and gain recognition for their work,” the ministry said in a release.