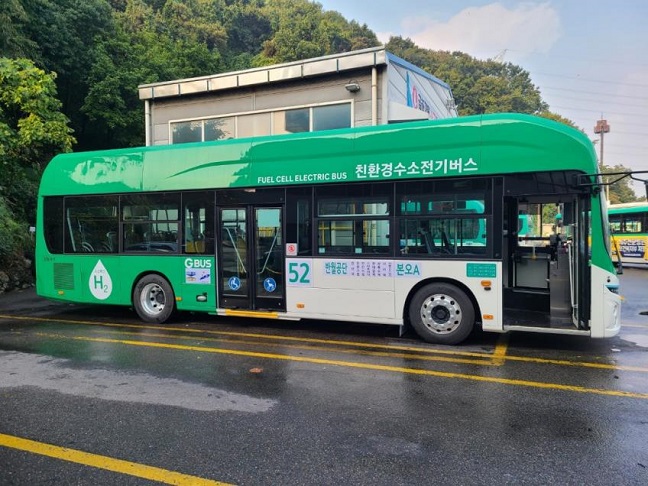 ANSAN, Oct. 20 (Korea Bizwire) — Gyeonggi Province will launch the operation of its first hydrogen-powered intra-city bus in Ansan, southwest of Seoul, on Monday.

Powered by a 180-kilowatt fuel cell developed by Hyundai Motor Co., the hydrogen fuel-cell electric bus can cover a distance of 450 kilometers on a single charge. It can be fully charged in 13 minutes at commercial hydrogen charging stations.

The hydrogen bus also features an air purification system that can remove 99.9 percent of ultra-fine dust in the air through a three-step purification process. 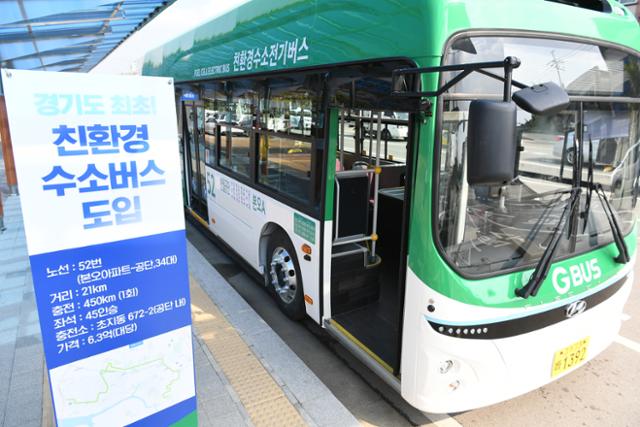 In addition, it has also been designed with a kneeling system to help handicapped or elderly passengers to safely board by lowering its entrance door by 7 or 8 centimeters.

The city government plans to introduce 13 electric buses this year and replace 600 intra-city buses with hydrogen or electric powered buses by 2030.