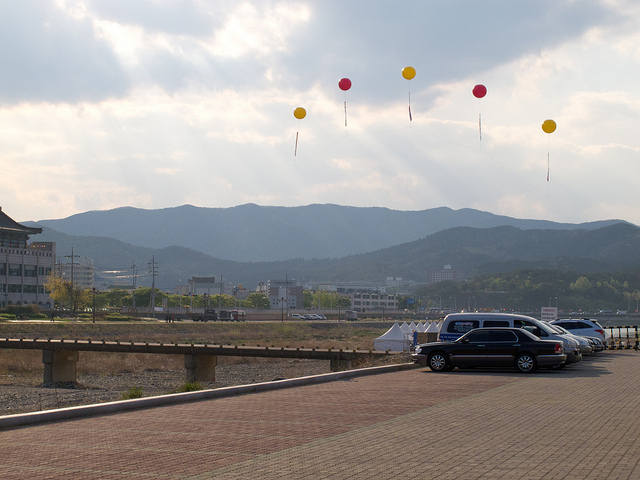 SEOUL, May 4 (Korea Bizwire) –  “We don’t even light up our signboard in the evening anymore; we are practically closed,” said a youth hostel owner whose business located in Sokcho in the mountainous Gangwon Province, a popular school trip destination. Every single reservation from April to May at this youth hostel has been cancelled since the Sewol ferry disaster.

In the aftermath of the ferry incident, lodgings like youth hostels and motels, restaurants and traditional markets in provincial areas are facing a crisis as group tours including school field trips and local fairs are being cancelled either due to the “no school trip” policy by the authorities or in condolences on the national disaster.

Major  school trip destinations including Kyungju, Jeju and Seorak Mountain are now almost in ruins. From April to May, the Bulguk Temple area in Kyungju was usually crowded with travelers and students on their school trips, but most group tours have been called off one after another since the ferry incident.

At about thirty lodgings in the neighborhood, which hosted more than 58,000 students from 180 different schools in spring time last year, only 1,900 students from six schools have stayed by the end of April this year. Not only the sleeping accommodations but also restaurants and traditional markets are weathering a huge storm during a time which is supposed to be the busiest season of the year.

In commemoration of the victims of the Sewol ferry disaster, local fairs and events are being cancelled or postponed, aggravating the situation for the local tourist industry. The Gijang District in Busan has cancelled this year’s “Gijang Anchovy Festival.”

The local festival is a big event in the region to which 1 million tourists visited last year. The “Hampyeong Butterfly Festival” and a charity running event “Wings for Life World Run” in South Jeolla Province are called off while the “Damyang Bamboo Festival” and “Jangheung Fan Mussel Fiesta” are put off to June and October each.

Out of concern for the livelihood of the communities, opinions calling for measures to revive the local economy have been brought up. A youth hostel staff said, “After the tragedy our nation has been through, school trips are likely to be cancelled even without the Education Ministry’s guidelines but forbidding the trips en masse is too harsh a measure for us relying on student visitors.” Another tourist industry official said, “One more month in this situation will drive a huge number of small lodgings into bankruptcy.”