“The outbreak of the respiratory illness is fueling uncertainties just when the domestic economy started gaining traction helped by (a) rise in consumption. The measures will be unveiled at the end of this month.”

“The MERS outbreak has started to weigh down on consumer spending and other areas. Sales at department stores and large discount outlets declined along with the number of foreign visitors, causing problems for some industrial sectors.”

“For the countermeasure for the currently severe drought, all available manpower and equipment will be mobilized to help farmers cope with the drought that could hurt agricultural output and spike up consumer prices.” 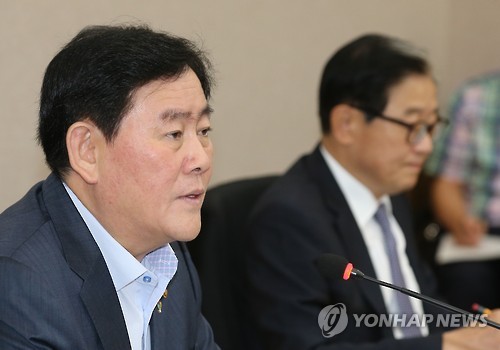 SEOUL, June 17 (Korea Bizwire) — The government will announce a set of measures to minimize the fallout of the Middle East Respiratory Syndrome (MERS) outbreak and a severe drought on the economy within the month, the top economic policymaker said Wednesday.

South Korea is struggling to contain the unrelenting spread of the viral disease that has claimed 20 lives and sickened more than 160 people since the first case was confirmed on May 20. The MERS outbreak has sparked concerns over its negative impact on consumption.

The country remains gripped by the worst drought in more than a century, which is feared to hit agricultural production hard and bump up food and other consumer prices.

In light of the repercussions, the government has started to offer direct support to small businesses in Pyeongtaek and Hwaseong, which have been hardest hit by MERS, he said.

The two cities located south of Seoul have reported numerous cases of the respiratory virus, with a hospital in Pyeongtaek reporting some of the earliest cases.

The minister said that while people are worried, medical experts have said the MERS-inducing virus is generally being spread by people who have visited hospitals and not randomly spreading across communities.

The official, meanwhile, said that the government is committed to pushing forward key reforms in the labor sector such as the broad introduction of the wage peak system, and dealing with inequality between regular and non-regular workers.