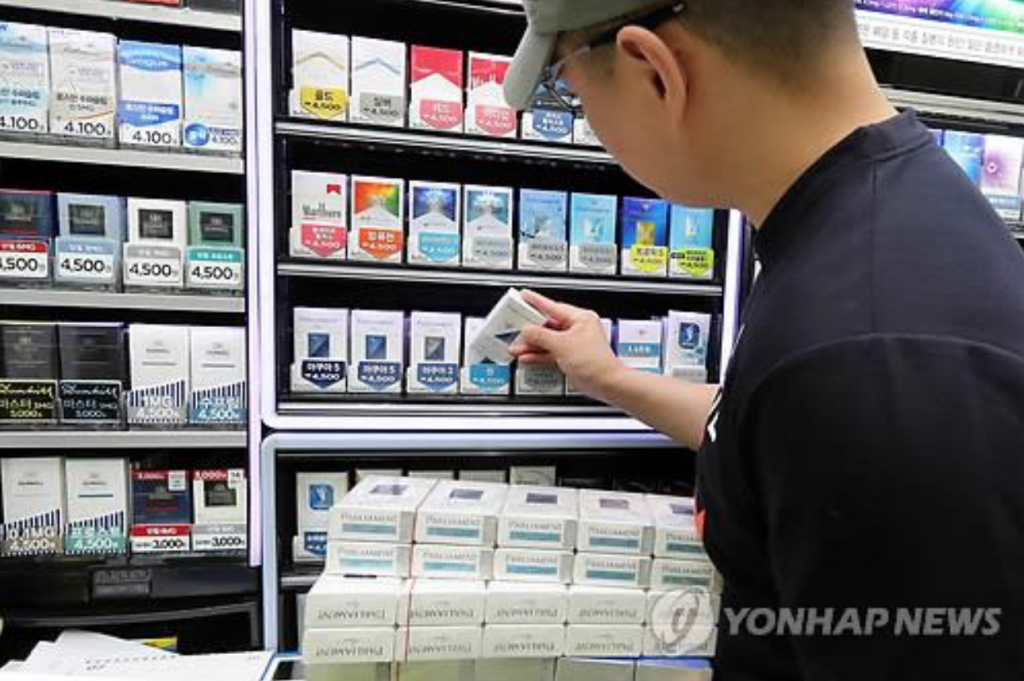 According to the sources, the National Tax Service (NTS) has been conducting an extensive tax probe into Philip Morris Korea, which sells the Marlboro brand, and British American Tobacco (BAT) Korea, the vendor of Dunhill cigarettes. (image: Yonhap)

Citing the need to discourage smoking, South Korea marked up taxes levied on cigarettes by 2,000 won (US$1.79) in January last year, raising the price to 4,500 won per pack.

Cigarette makers are said to have raked in tens of millions of dollars in so-called inventory profit by keeping products shipped out before 2015 in stock and selling them after the tax hike for a huge gain.

According to the sources, the National Tax Service (NTS) has been conducting an extensive tax probe into Philip Morris Korea, which sells the Marlboro brand, and British American Tobacco (BAT) Korea, the vendor of Dunhill cigarettes.

NTS investigators are focusing on suspicions that some tobacco companies, aware of the expected price hike beforehand, pocketed “excessive” profits by stocking up on products and selling them after the tax increase, they said.

“A tobacco price hike can give cigarette companies large profits by enabling them to sell some products in inventory, which were shipped out before a price hike,” an industry source said. “The NIS seems to be investigating their suspected tax evasion or hoarding during the process.”

An NTS official refused to confirm the tax probe, citing an office policy that it can’t “comment on a tax audit into a specific taxpayer.”

Some watchers said KT&G may have been spared a tax audit because of its donation.

Philip Morris and BAT Korea complain that it is unfair and discriminatory against foreign tobacco companies for the NTS to exclude KT&G, which they argue reaped the largest inventory profit from the tax hike.