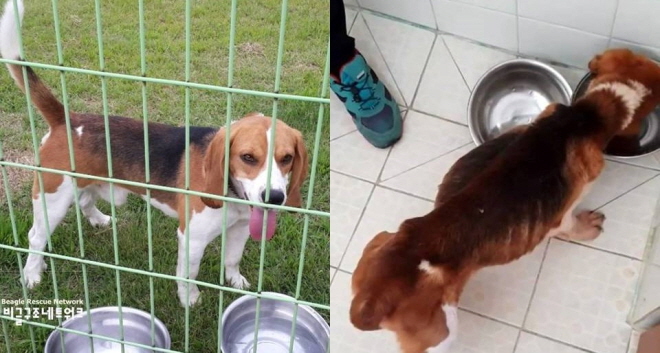 Amid the investigation, it came to light that a cloned beagle known as “Mei,” a retired working dog that has touched many hearts after related reports of animal abuse, had passed away.

Many citizens and the rescue group mourned the death of Mei by saying that the dog, which spent its lifetime serving humans, had to die in a lab cage in such pain.

For five years, Mei worked at Incheon International Airport as a detection dog. However, Lee’s research team borrowed three beagles, including Mei, for experiments. Mei returned to the airport after eight months of starvation and abuse.

The group explained that the reason for Mei’s brief return to the quarantine office at the airport was because of the ‘Animal Experiment Ethics Audit’ period of the SNU College of Veterinary Medicine.

Marking the World Day for Laboratory Animals, animal rights groups demanded the dismissal of professor Lee and the shutdown of the cloning project conducted by Lee’s research team.

At a press conference in front of the SNU Veterinary Medical Teaching Hospital on Wednesday, the Korea Animal Rights Advocates (KARA), the Korean Animal Welfare Association and Beagle Rescue Network (BRN) called for the permanent abolition of Lee’s unethical cloning project, as well as his immediate dismissal.

Prior to the press conference, the BRN released related photos and videos, claiming that Lee’s team tested and abused the retired detection dogs in violation of the Animal Protection Act.

The BRN received a video from an informant that depicted Mei with a wound that left bone exposed stumbling around with blood coming out of its nose as it was eating food. 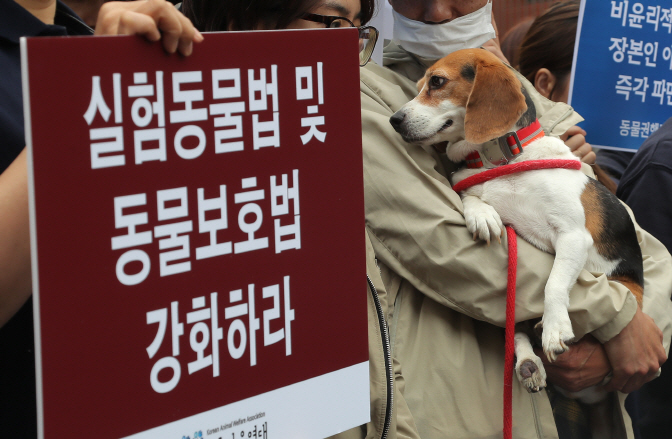 Even though animals that have worked for people or the country are banned from being used for testing, the groups claimed that the professor conducted brutal animal tests on retired dogs under the guise of “developing smart detection dogs.”

The group filed a complaint with the prosecution against the professor on Monday on charges of violating animal protection laws.

Furthermore, the BRN posted a petition on the website of the presidential office, Cheong Wa Dae, asking SNU to “save the dogs that are being tested”, and more than 59,000 people had signed the petition as of April 17.

Amid the controversy, Lee filed a complaint with the police against a breeder who worked for the research team over his alleged animal cruelty.

According to Seoul’s Gwanak Police Station on Wednesday, the professor filed a complaint with the police over the weekend against a breeder belonging to his research team for violating the Animal Protection Law.

The professor reportedly claimed that the breeder in charge of managing research animals committed an act of abuse against the cloned dog “Mei” which died in February.

Meanwhile, Lee is one of the world’s leading scholars to successfully clone dogs, along with scientist Hwang Woo-suk.

However, in 2017, Lee was also criticized by animal rights groups such as KARA for violating research ethics by experimenting and abusing animals using dogs bred for human consumption.