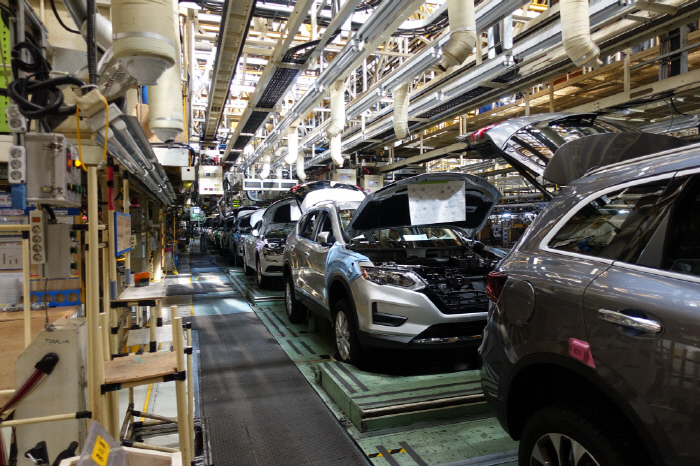 In the past 12 days, the union held partial strikes at the plant in Busan, 453 kilometers south of Seoul, demanding higher wages. It caused production losses of 6,000 vehicles worth 110 billion won (US$95 million).

“We have decided to shut down the plant for the night duty time that begins at 3:45 p.m. to avoid further losses. But the plant will remain open during the day as 70 percent of 1,700 union workers are not participating in the walkouts,” a company spokesman said over the phone.

Starting Friday, Renault Samsung will operate the plant only during the daytime for the 70 percent of its workers who are not taking part in the walkouts, and those who are will be prohibited from entering the plant, the spokesman said.

It is the second time for the company to partially shut down the plant after it took a similar step for one day during wage negotiations with the labor union in May for the year of 2018, he added.

Early last month, the union voted to stage a strike in protest against the company’s wage freeze proposal for the year of 2019.

The company also offered a voluntary retirement program, the first since 2012, to its 1,800 employees in September, but only a few dozen workers applied for the program.

In June last year, the union sealed a wage deal with the management for the year of 2018 after staging 62 rounds of strikes that resulted in output losses of 14,300 vehicles.

The company has said it will be difficult to maintain the current workforce as the output volume of Nissan Motor Co.’s Rogue SUV is expected to fall sharply this year from last year’s 60,000 units.

But Nissan cut its output allocation to the plant to 60,000 last year, citing output losses caused by labor strikes.

To offset the reduction in the Rogue production, Renault Samsung badly needs to secure export volume for the XM3 compact SUV, but the company is still in talks with its parent company Renault and no decision has been made yet.

Renault S.A. has an 80 percent stake in Renault Samsung.