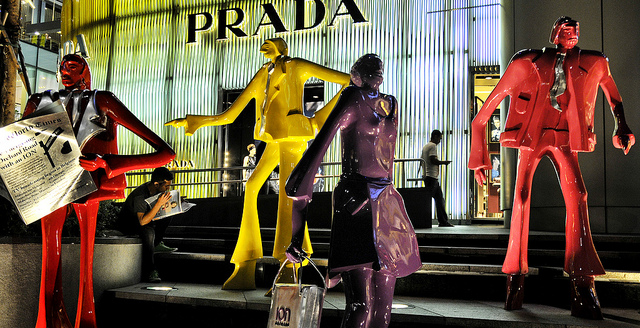 The luxury brands explained the main reason for the mark-ups was the luxury excise tax imposed in January to goods whose prices are in excess of 2 million won at the customs. (image: williamcho/flickr)

SEOUL, July 26 (Korea Bizwire) – Following the suit of major luxury brands, such as Hermes, Luis Vuitton and Chanel in the first half of this year, Italian luxury brand Prada also joined the bandwagon of raising prices on its luxury goods lineups here in Korea.

The brands gave several reasons about the decision: the increased personnel expenses and the introduction of luxury tax earlier this year for the mark-ups. Yet, considering the appreciating trend of the won against major currencies such as the dollar and euro, there emerge rising questions and concerns behind industry’s unusual pricing policies.

Early this month, Prada raised its prices over the luxury handbags and purses by 5 to 10 percent in six months after it already brought up the prices on several items by 5 percent. Prada Korea said, “Following the headquarters’ direction, we adjust our pricing policy about twice a year. The latest mark-up was due to the rise of prices of raw materials.”

“In the past, the luxury brands raised the prices under the pretext of exchange rate variation and rises in raw material prices, coupled with payroll costs or labor costs. There were no precedents of lowering the prices among the industry even when the exchange rates fell. Especially, armed with the luxury tax this time around, they are indeed doing toffee-nosed business.”

However, it is pointed out that considering the falling exchange rates or depreciating US dollar, the luxury brands’ pricing policy is curiously counterintuitive. For example, the prices of Prada’s Saffiano tote bag increased from 1.77 million won in January 2012 to 2.35 million won this July, a 37.9 percent rise. The price of Hermes’ Kelly Bag (35cm) increased 42.2 percent during the two-year period.

A marketing director at the industry said, “In the past, the luxury brands increased the prices in the name of exchange rate variation and rises in raw material prices and personnel expenses. However, no one actually lowered the prices even when the exchange rates fell. Armed with the luxury tax this time, they are indeed doing toffee-nosed business.”