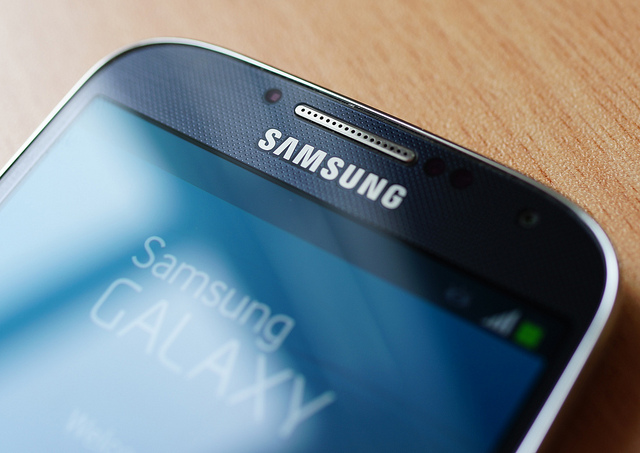 The unknown secret of how much money the Korean electronics giant is paying to the software empire was revealed in a lawsuit document filed by Microsoft to a local court in New York on October 3. (image: Kārlis Dambrāns/flickr)

SEOUL, Oct. 7 (Korea Bizwire) – It is reportedly known that Samsung Electronics has paid US$1.04 billion of royalties to Microsoft in exchange for using the U.S. company’s patents for making Android-based smartphones and tablets for a year.

The unknown secret of how much money the Korean electronics giant is paying to the software empire was revealed in a lawsuit document filed by Microsoft to a local court in New York on October 3. In it, the Redmond (Wash.)-based company sought the court to compel Samsung to pay contractually required interest in excess of $6.9 million to Microsoft for Samsung’s late payment last year of over $1 billion under the license agreement between the two companies.

In September, 2011, Samsung and Microsoft entered into a license agreement, in which Microsoft allowed Samsung to use its patents in Samsung’s Android-based smartphones and tablets and Samsung agreed to pay Microsoft royalties for a period of seven years. The royalties were calculated based upon the volume of Android devices sold by Samsung each fiscal year.

For the royalty of the fiscal year 2013 from July 2012 to June 2013, Samsung reported to Microsoft in a written statement dated on August 29, 2013 and promised to pay it by October 11. However, as Microsoft announced its intention to acquire Nokia on September 3, 2013, Samsung refused to pay the royalty claiming that the company’s Nokia acquisition would be in breach of the license agreement. Later on November 29, Samsung paid the promised royalty to Microsoft.

In the lawsuit, Microsoft asked for the interest for the late payment of the royalty. However, the interest was not the main part of the lawsuit. Samsung wanted to revise the license agreement after the announcement of Microsoft’s Nokia acquisition and is refusing to pay the royalty of fiscal year 2014.

For this matter, Microsoft asked the court to make a declaratory judgment that the Nokia acquisition was not in violation of the anti-assignment provision of the license agreement which allowed the usage of Samsung’s patents to Microsoft subsidiaries.

For Samsung’s side, it could not just sit and wait for Nokia to use Samsung’s technologies for almost free under the license agreement. Until now, Samsung has not commented on the issue but market observers expected that the two IT giants will close the deal by reducing the royalty amount.

An observer said, “Satya Nadella Microsoft CEO visited Samsung’s vice-chairperson Lee Jae-yong in Seoul last month and it seems they would settle down the matter amicably. Reducing royalty payments can improve the business results of Samsung and raise its competitiveness in low-cost smartphone markets.”