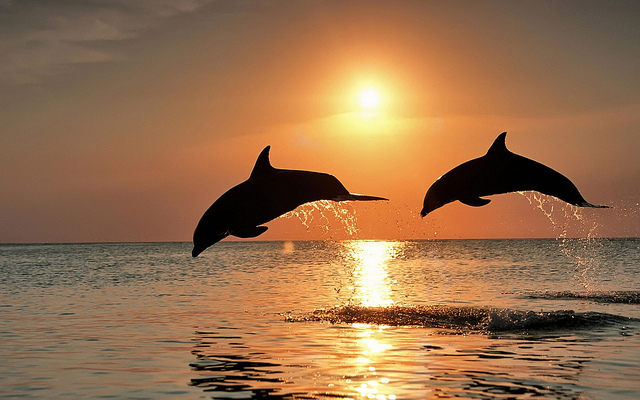 But ever since poaching and cruelty towards dolphins became a hot social issue, and with several suspects having faced legal punishment, the atmosphere has shifted in Jeju’s fishing communities. (image: Flickr/ Angell Williams)

JEJU, Aug. 5 (Korea Bizwire) – The number of indo-pacific bottlenose dolphins in the seas off Jeju Island is slowly recovering after years of steady decline, thanks to cooperation from the local fishing industry and a drop in poaching.

The National Fisheries Research & Development Institute (NFRDI) first started monitoring these mammals by distinguishing their physical attributes, like skin color and fin shapes, from one another in November 2007. The project revealed in 2008 that there were 124 bottlenose dolphins living on the shores of Jeju Island, which marked the first time that the dolphin population had been officially recorded.

However, the institute quickly realized that the population was shrinking, with the number of dolphins dropping to 114 in 2009 and 105 in 2010, mainly from poaching and incidental catch.

An official investigation in 2011 revealed that five dolphins were caught illegally and were sold to animal circuses in Jeju and a zoo in Seoul, while the majority of fishermen let dolphins die in their nets when they were caught accidentally.

According to the institute, in order to free captured dolphins, nets need to be opened completely, which would result in losing all the catch, while fishermen entering the net to physically catch the fish would require both time and money. Many fishermen refused to do so, and thus neglected dolphins until they eventually died.

But ever since poaching and cruelty towards dolphins became a hot social issue, and with several suspects having faced legal punishment, the atmosphere has shifted in Jeju’s fishing communities. Environmental organizations are constantly on the lookout for illegal fishing, while fishermen are also actively freeing dolphins captured incidentally, and more importantly, the number of dolphins in the area has increased to 210.

“The population is definitely less affected by incidental catch,” said doctor Kim Hyun-woo from the whale research center at NFRDI. “Even so, about two dolphins still die from such incidents every year. If the fishing community pays a bit more attention to protecting these mammals, the population will increase even further.”

Kim says that the average annual increase in population among indo-pacific bottlenose dolphins is 3.5 percent under natural circumstances, without human intervention.

“We don’t know how many actually lived in Jeju’s waters before we began our research in 2007, but the estimate is about 200, taking into account testimony from local fishermen,” he added. “And we can certainly help the dolphins to thrive once again.”