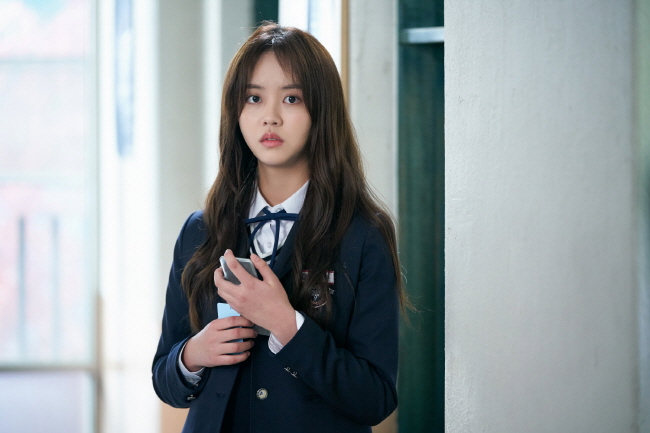 A scene from its original series “Love Alarm.” (image: Netflix)

Years later, Chon generated a sensation among teens once again — this time with a web-based cartoon series titled “Love Alarm.”

Launched in 2014, the series is about a smartphone application that rings an alarm if someone who likes the user comes within a 10-meter radius.

The cartoon’s popularity led global streaming service Netflix to choose it for its first original Korean-language drama series, which was launched in August.

“I’ve brainstormed and collected many interesting stories involving the love alarm app,” the writer said of her comic during an interview with Yonhap News Agency on Tuesday.

“From them, I picked some plausible and realistic cases for the webtoon.”

Before creating “Love Alarm,” she planned a romantic comedy about a love triangle and came up with the idea of an app that notifies you about nearby people who are attracted to you.

She set some rules for the alarm, such as the 10-meter radius, and carefully crafted a storyline to show how this strangely emotional technology affects social relationships.

“I think people like ‘Love Alarm’ because this webtoon gives them a chance to imagine what would have happened to them if this app really existed,” she said.

“My webtoon is about information technology, and I thought Netflix is the perfect platform to dramatize it,” Chon said. “I was so happy when I received the offer from Netflix.” 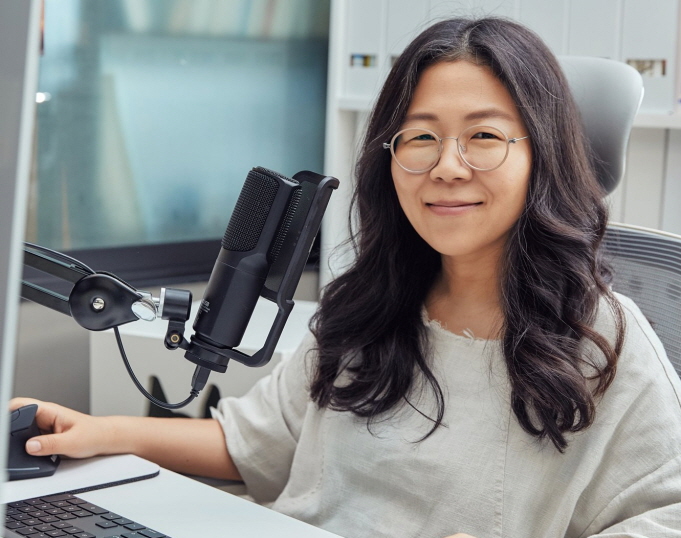 Although Chon started publishing “Love Alarm” in 2014, she has left her work unfinished for more than a year due to health issues. She has been suffering from arthritis in the joints of her fingers.

“It was so painful that I could not sleep,” she said. “But now I feel better unless I hold the mouse for a long time.”

So she removed the mouse from her computer and installed a microphone to work by issuing verbal instructions instead of clicking buttons.

Still, it is difficult and demanding work for the 48-year old veteran comic artist and it took six months to finish one episode.

“Nevertheless, I will continue working on comics. I have a lot of images in my head and I want to show them,” she said.

“Even though my drawing is not good enough, I can supplement it with text next to it. This is what I can do.”