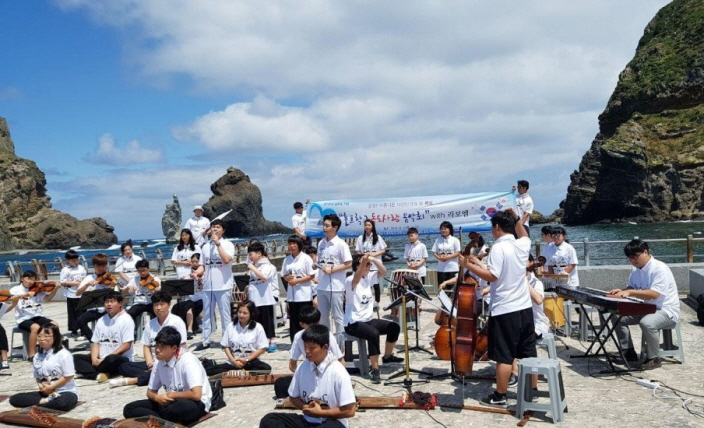 SUWON, Aug. 11 (Korea Bizwire) — A special concert was held on August 9 at a location on Dokdo, Korea’s Natural Monument No. 336 which has also been designated as a “Natural Preservation Area.”

A group of 21 students who held drums, gayageum, violins and other instruments in their hands played the “Arirang Medley.”

With the addition of voices from four security officers, the harmonious melody wafted through the Dokdo islets.

The students went on to play “An Earnest Wish,” a song that reinterprets the sadness of the North-South divide with the operatic pop duo “La Boheme,” followed by “Imagine. That’s Reality,” the cheer song for PyeongChang 2018 Paralympic Games.

Although the concert was just 20 minutes long, the bright faces of the student musicians that lit up after the performance indicated that they were pleased with their musical achievement.

The students who performed on Dokdo yesterday were members of the orchestra from the Holt Special School, an educational institution for those with intellectual disabilities situated in Goyang, a city in Gyeonggi Province. 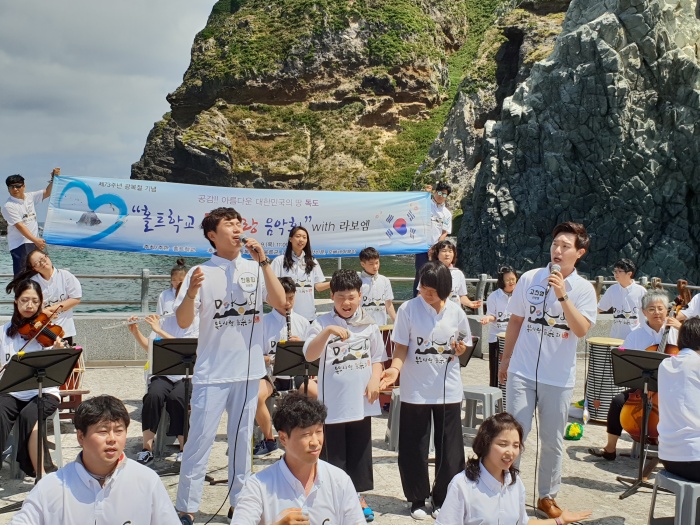 The students were said to have practiced every single day for the entire previous semester in preparation for the concert. The members of “La Boheme” also paid two visits to the school to rehearse with the students.

Park Esther, the school’s musical director for the concert, said that she was proud to see the students perform on Dokdo.

“An orchestra is not about just a single person making music, so I hope that the concert can bring happiness to many people,” said Park.