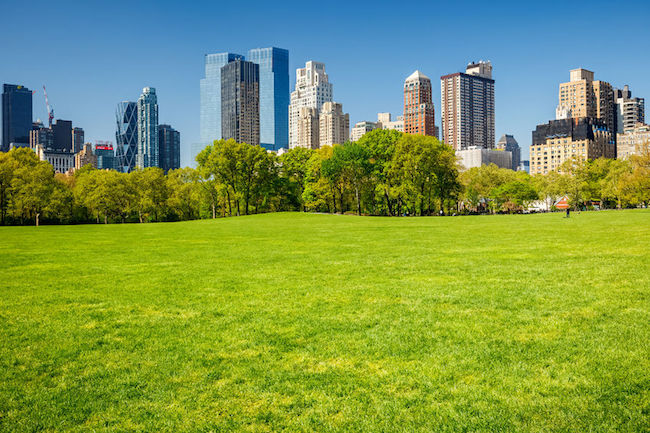 Research has found that the presence of more “green” city infrastructure in the form of gardens and parks can have a significant impact on the length of seasons. (Image: Korea Bizwire)

SEOUL, April 13 (Korea Bizwire) — Research has found that the presence of more “green” city infrastructure in the form of gardens and parks can have a significant impact on the length of seasons.

In a study on the Gyeonggi provincial capital of Suwon conducted by the National Institute of Environmental Research, the duration of summer differed by as much as 57 days in different pockets of the city depending on how much green infrastructure was present.

The temperatures of 11 city areas were measured and used to determine the seasons. Altogether, spring, summer, autumn and winter lasted an average 72, 134, 52 and 107 days, respectively.

Suwon City Hall, which had the most “gray” infrastructure such as roads, rail and subway or business complexes among the 11 city areas measured, had the longest summer, lasting 157 days (spring, autumn and winter were all shorter than the average). At the other end of the spectrum, in the greenest area, the neighborhood of Sanggwanggyo, summers were 100 days long, and all other seasons lasted longer.

Even when neighborhoods were close to each other, the presence of green infrastructure or lack thereof was accompanied by a considerable difference in seasonal length.

The study was carried out from June 2016 to May 2017 utilizing weather data of the 11 selected Suwon areas. The proportion of green to gray infrastructure was measured within a 500m radius of each area.