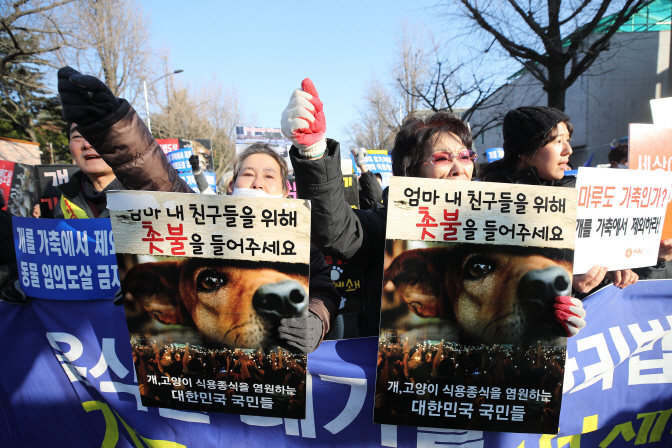 Are Dogs Livestock? Civic Groups Protest For and Against Dog Meat

SEOUL, Jan. 13 (Korea Bizwire) — Animal rights groups held a rally in protest after the Ministry of Agriculture, Food and Rural Affairs included dogs under the category of livestock in the enforcement ordinance of livestock legislation. The “Companion Animal Organization” against dog meat held a rally near the presidential office, Cheong Wa Dae, Sunday [...] 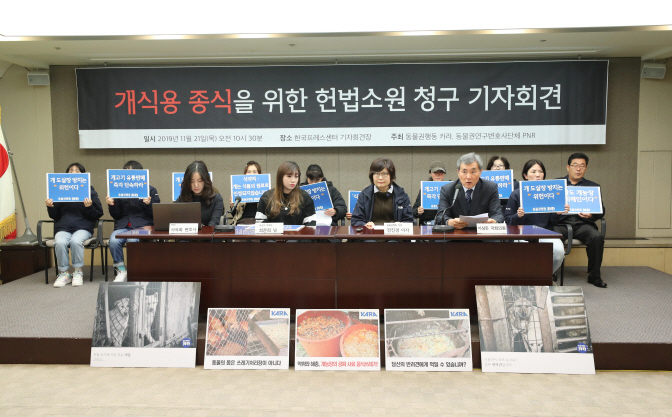 SEOUL, Nov. 21 (Korea Bizwire) — South Korean animal welfare activists said Thursday they will petition the Constitutional Court next month against the government for not curbing dog meat consumption and slaughterhouses. Members of KARA (Korea Animal Rights Advocates) and the PNR (People for Non-human Rights) said in a news conference the government has infringed [...] 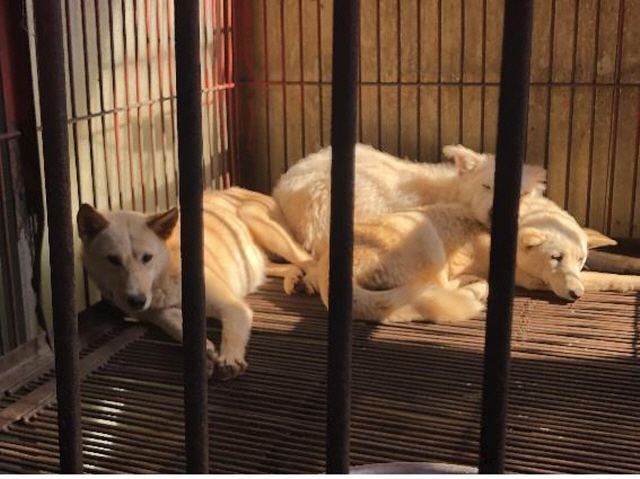 SEOUL, Jun. 28 (Korea Bizwire) — A number of dogs that were on the verge of slaughter will live a new life after some merchants at Busan’s Gupo Dog Meat Market agreed with animal rights groups to close their businesses early. Korea Animal Rights Advocates (KARA), along with the Korean Animal Welfare Association, agreed with [...] 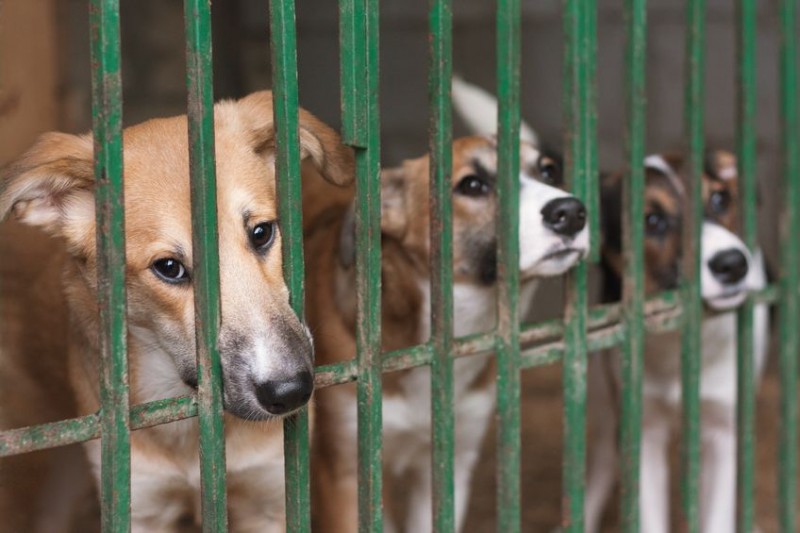 SEOUL, Nov. 23 (Korea Bizwire) — South Korean adults appear evenly divided over whether to legally ban the slaughter of dogs for meat, according to a poll released Friday. The survey of 501 Koreans older than 19 by local pollster Realmeter showed that 44.2 percent endorsed the enactment of a new law prohibiting the killing [...] 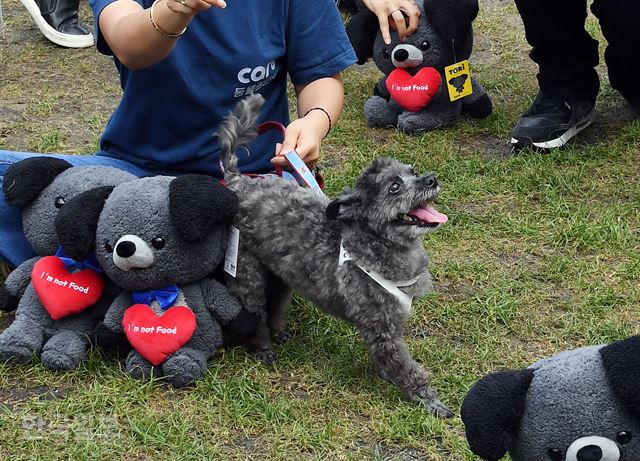 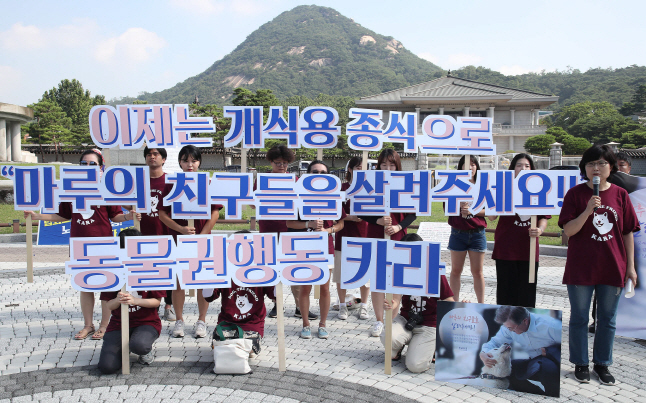 SEOUL, Jul. 17 (Korea Bizwire) – Animal activists filed a petition with the office of President Moon Jae-in and held a rally featuring one of Moon’s pet dogs on Tuesday to call for a ban on dog meat consumption on the first of the summer’s three hottest “dog days.” Tuesday is “chobok,” one of 24 seasonal [...] 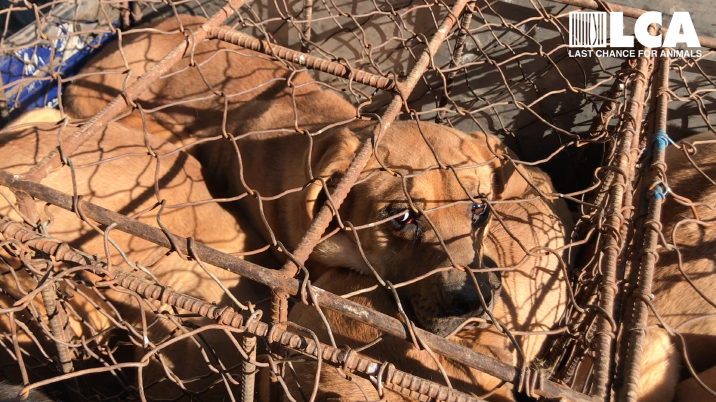 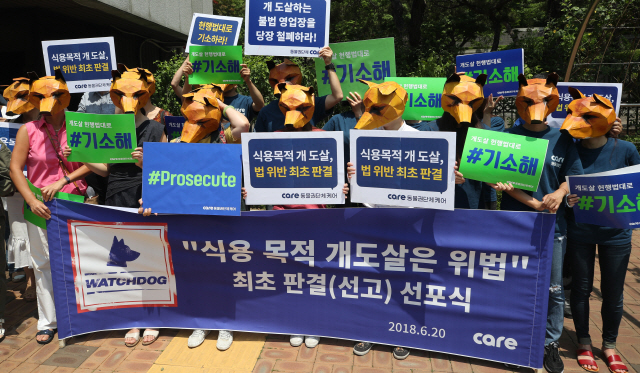 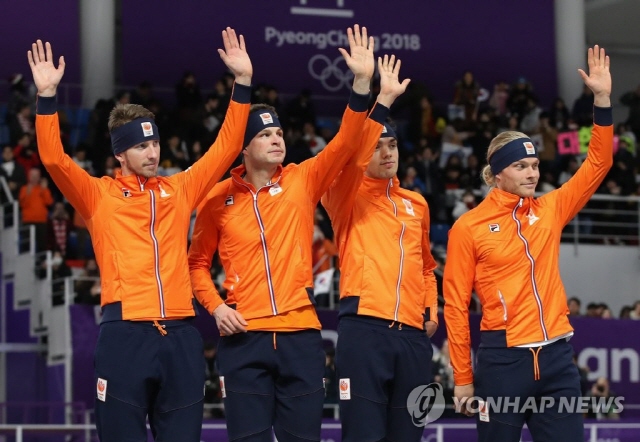